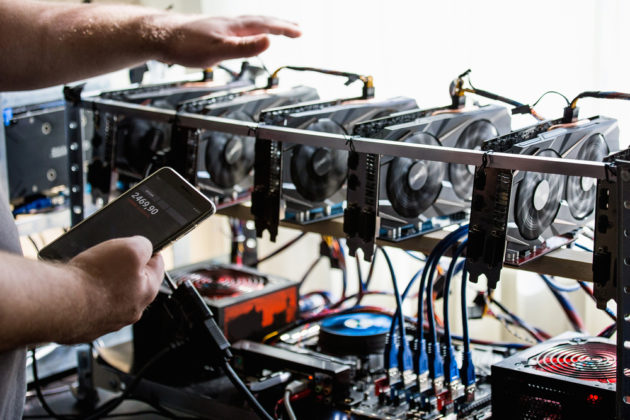 Bitcoin risks undergoing a short-term price drop as it becomes easier for its producers to mine it.
Sasha Fleyshman, a trader at California-based Arca, noted that Bitcoin’s network difficultly could drop by as much as 10.25 percent during the New York trade session. It would be the most significant downward adjustment since Bitcoin’s third halving on May 11. The first took place on May 20 with a mere 6 percent plunge.
Expected bitcoin mining difficulty adjustment | Source: Sasha Fleyshman Twitter
Capitulation Scare
The Bitcoin network undergoes a self-correcting phase that decides how difficult it is to mine bitcoin after every 2016 mined blocks. A drop in the difficulty makes it easier to confirm and add transactions on the blockchain every 10 minutes.
Meanwhile, a rise makes it difficult for miners to find new blocks on the network primarily when they use outdated, low-efficient machines. Therefore, a miner typically invests more power to extract its bitcoin rewards, which are already down by half since the May 11’s halving event.
In both cases, small miners end up closing down their rigs. An eased network difficulty makes firms with advanced mining machines mine at a much rapid speed. That leads the ones with lower quality machines to capitulate.
Capitulation refers to an act of selling bitcoin tokens in the open market to cover operational costs. It causes prices to plunge.
BTCUSD response to successive difficulty adjustments in November-December 2018 | Source: TradingView.com
Mr. Fleyshman recalled multiple downward adjustments in the Bitcoin network from November 2018 and their immediate impact on the cryptocurrency’s prices. On November 16, December 3, and December 2018, the difficulty rate dropped by 7.39 percent, 15.13 percent, and 9.56 percent, respectively.
Each adjustment led to a plunge in the bitcoin price.
“It would mark the 3rd successive downward difficulty adjustment in what I consider the “Modern ASIC era” of Bitcoin mining,” added Mr. Fleyshman. “With the new line of S19s supposedly being sent out, it will be interesting to see if HR was turned off to replace it with new hardware.”
A difficulty adjustment before the mining reward cut earlier this year had caused the bitcoin price to drop. The cryptocurrency fell from $9,989.39 to $8,785.52 in just three days.
What’s Next for Bitcoin
Fractals from the recent history paint a bearish picture for Bitcoin as it prevalently struggles to break above $10,000, a strict technical resistance. As big miners outrank the small ones, it could lead the latter with more reasons to sell-off their existing bitcoin holdings.
Meanwhile, there is also a theory running around the social media that small miners have already exhausted their capitulation sentiment. It is visible in a dramatic hash rate decline after halving, showing that rigs have shut themselves down over lower rewards after the halving.
Hashrate is picking up again | Source: Blockchain.info
Overall, the BTC/USD exchange rate continues to trade in a cautious range above $9,000.

US Regulators Target Bitcoin ATMs: 88% of the Funds Exit the Country via Machines

Bitcoin automated teller machines (BATMs) will become the next target for regulators, as world governments tighten screws on money laundering....