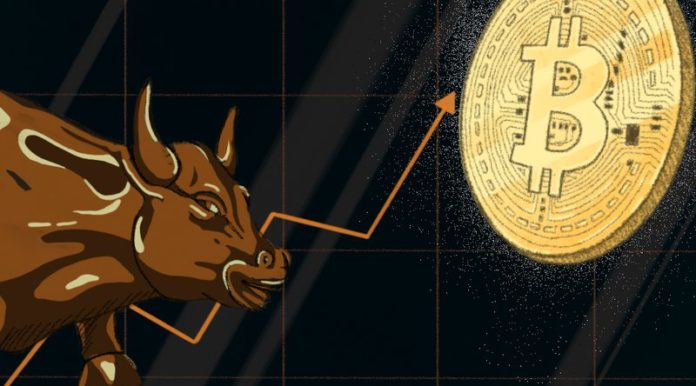 This article was originally published by 8btc and written by Chloe Jiang.

The price of bitcoin surged above $5,000 for the first time in 2019, bringing other major cryptocurrencies up with it. The collective market surged and broke the $140 billion mark for the first time in a week. Many investors who suffered from the crypto crash rekindled their hopes and now believe that the bull market is coming back. However, that may not be the case.

For example, Zhao Dong, one of China’s most influential bitcoin billionaires and a famed over-the-counter (OTC) trader, holds the opposite view on this. Zhao repeated, “This is not a bull market” triple times in a Weibo post.

He stated that the bear market would wear down people’s patience and the bull market should come after most of the investors fail to HODL and leave the market.

In Zhao’s argument, the bull market is defined as the stage when the actual market value exceeds the rational valuation driven by external funds, which is also known as the “bubble stage.” At that time, the bullish market performance will be spectacular, far beyond the current market performance, and last for a longer time.

Zhao believes that a bull market like that will come two years later.

According to 8btc, the recent 20 to 50 percent daily gain will not last for long. Various indexes indicate that the current uptrend is driven by exchange-traded capital. It is more likely a market correction, a rational regression period, rather than a bull run.

It is just like the period from January to November 2015 when bitcoin’s market capitalization increased from $2.5 billion to $4.58 billion. This is a rational regression period that consisted of the rebound period and the consolidation period.

Accordingly, bitcoin has ended its bear trend and has entered the rational regression period. During this time, we may see frequent increases and declines in bitcoin’s price within a small scope, which may last for a while, maybe 6 to 12 months or maybe even longer.

What You Should Know About Bitcoin Casinos

Bitcoin gambling is getting more and more popular since it was first introduced. Statistics show that every minute more than...