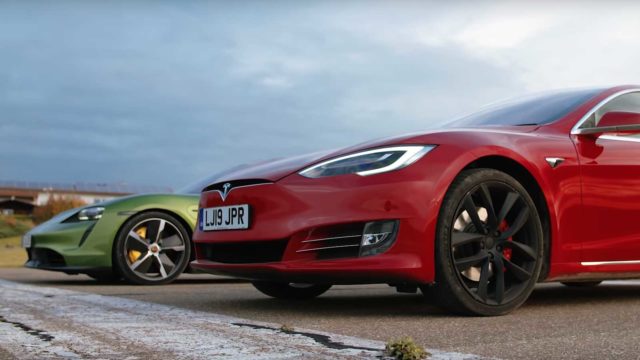 The year-to-date gains of Bitcoin (BTC) and Tesla (NASDAQ:TSLA) are both tied right now at 32% (at time of writing). Curiously, this stock has been behaving quite similar to the crypto markets.

Bitcoin Still More Volatile, Shows Potential for Bigger Move
The question remains whether bitcoin will be capable of a bigger climb, now that prices have established themselves well above $9,300. In general, crypto markets, particularly bitcoin, can appreciate much faster than most stocks, even if the stock is TSLA.
The price of TSLA had a wild run from the start of 2020, going as far as to wreck short sellers. The Tesla success hinges on Millennial sentiment toward the company, making its rally resemble the crypto market. But SpaceOne also added to the tock’s uptrend, with new impressive tests of mid-launch emergency landing.
BTC, on the other hand, went through a climb from lows just under $7,000. The leading coin proved bullish enough, breaking through multiple resistance levels while liquidating bearish positions. The new stability above $9,300 is viewed as the launchpad for further appreciation and a return to $10,000.
TSLA stock is on a run too, trading at $569.90, after bouncing off the lows in 2019 when loss of trust pushed down prices to $240. But 2020 saw the asset appreciate even more steeply, despite expectations of a breakdown. TSLA, just like bitcoin, has received multiple criticisms that its price is a bubble. But the company reflects a new faith in potential business models, and thus rides a sentiment similar to crypto assets.
As for BTC, the leading coin is once again approaching a bullish indicator on the daily chart. But bitcoin remains highly volatile, with the potential to retrace some of its gains.

Sentiment Flips into Greed Territory
BTC climbed to $9,384.97 on Wednesday, preserving most of the trading volumes to above $33 billion in 24 hours. The asset remains bullish and still extremely risky for taking short positions. The leading asset is still capable of swinging in either direction. Sentiment has now switched to 57 points, in moderate “greed” territory, moving up from a “neutral” positions in the past few weeks.
Bitcoin has the potential to move to a higher range, possibly breaking away from a generally stagnant behavior. As the leading coin approaches the date of the halving, attitudes become more bullish.
February is also viewed as a watershed, being one of the more bullish months. But January remained a big surprise, and a coincidence for both BTC and TSLA. In late 2019, the two assets were viewed as ripe for a downturn, inviting attempts at shorting. Both assets instead shot up on in defiance of the predictions.
What do you think about the performance of Bitcoin and Tesla stocks? Share your thoughts in the comments section below!

Retired UFC fighter Ben Askren, who is known for supporting several cryptocurrencies in the last few years, recently stated that...