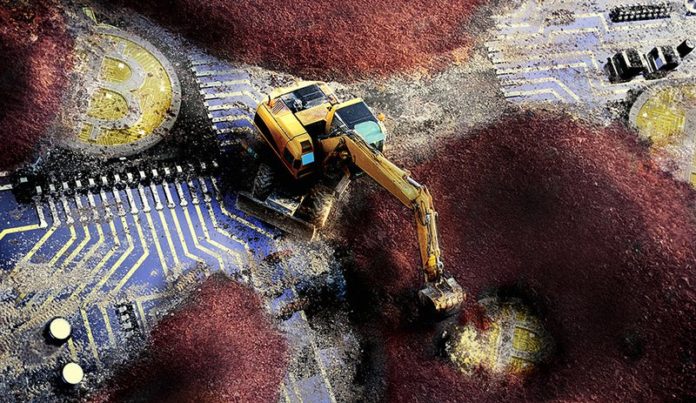 Recent Bitcoin block data shows that Bitcoin’s mining pools BTC.com, AntPool and ConnectBTC, respectively mined about 25.7 percent, 16.1 percent and 0.2 percent of all new blocks over the past week. This makes for a combined hash rate of 42 percent; an all-time high for the Chinese mining giant’s mining pools.

Several media sources have since covered this news, reporting that this near-dominance is a major risk to the Bitcoin network.

How true are these claims?

When mining bitcoin, new blocks are produced by mining computers. Each miner on the network competes with its counterparts to produce blocks, and the only way for a miner to effectively do this is to input different hashing combinations until they uncover a valid one.

Once a correct combination is found, the mined block is added to a chain. If there is more than one chain — for example, because different miners found different blocks at the same time — the mining nodes will try to add the block to the one with the longest history.

However, this also means that if one entity controls more than half of the computational power on the network, it can select an older block within the chain and begin re-mining everything from there. This new chain can then overtake the original one, and all previous transactions will become invalid. In other words, if a single entity controls over half of all hash power on the network, this entity can undo transactions, and therefore poses a threat to the network’s immutability, one of Bitcoin’s core features. This entity can also refuse to accept blocks mined by others, ensuring the competition never receives a fair shake, or blacklist particular Bitcoin addresses.

Incidents where a single entity gained control over half of all hash power on the network have occurred in the past. In July 2014, mining pool GHash.io exceeded the 51 percent mark and voluntarily brought itself down to 39 percent in response to growing concern. It subsequently advised other companies that exceeded certain limits to do the same.

Bitmain officially owns and controls three mining pools: AntPool, BTC.com and ConnectBTC. Combined, these pools control over 40 percent of the network hash rate, more than a company like GHash.io was willing to control.

But Bitmain may influence more mining pools. The company is, for example, the sole investor in ViaBTC, which controls about 8.9 percent of the network’s total hash rate. ViaBTC has had sudden rises of hash rate at times when this was of strategic advantage to Bitmain. This has lead many to suspect that ViaBTC was effectively a subsidiary of the mining hardware giant, even before the investment was made public. However, this has been officially denied by both Bitmain and ViaBTC.

In addition, sources close to the Chinese Bitcoin mining industry believe that Bitmain has a similar “unofficial” relation with mining pool BTC.TOP, which controls about 12 percent of the total network hash rate. BTC.TOP owner Jiang Zhuoer has also denied this.

Piecing all this together, it’s easy to see Bitmain’s influence on the network hash rate. Through the different mining pools it exerts influence over in one way or another, it may have already stepped beyond the 50 percent mark some time ago.

This doesn’t necessarily mean that Bitmain, itself, controls all the hash power directed at its pools. Even if the Chinese mining giant owns the mining pools, it’s possible that most of the hash power attributed to these pools comes from individual hashers. These hashers could easily switch to new pools at any time. Still, it’s also possible that Bitmain does, in fact, control well over half of all hash power on the network directly.

Bitmain has not disclosed how much hash power it truly controls, but the company does boast a major data center in China. This center is probably large enough to control most of the hash rate already. (Even if Bitmain does not own all of the mining machines in this data center, it has physical access to them, which is sufficient to mount an attack.)

The company’s 32-year-old co-founder and CEO Jihan Wu, did recently unveil plans for a potential initial public offering. Should executives decide to go mainstream, their books would be opened to the public and make them accountable to shareholders, some of whom might take issue with an alleged campaign for network dominance.