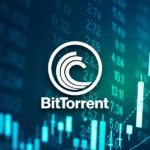 Today, we will be taking an in-depth look at the historical price movements of the BitTorrent crypto to formulate a BTT price prediction for April 2020. 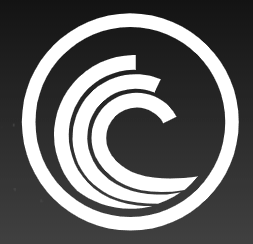 BitTorrent has been used as a file-sharing platform since 2004, becoming one of the most used P2P technologies at a global level. The TRON crypto project then purchased BitTorrent in 2018.

The developers at Tron then launched a native token for the BitTorrent environment based on the TRC-10 token standard of the TRON blockchain. BTT tokens enable users to access the resources of this environment. 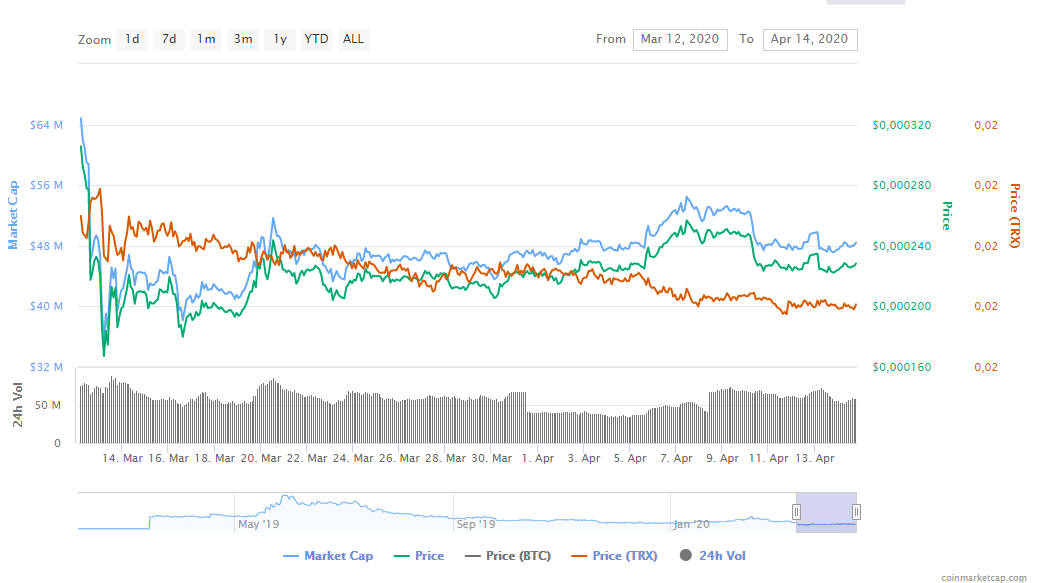 The calculated support, pivot, and resistance levels by WalletInvestor are:

BitTorrent just completed another airdrop on April 11th. Users had to hold TRX in their Binance DEX account to receive BTTB in a way that is directly proportional to the amount of TRX in his balance.

On April 1st, it was reported that BitTorrent (BTT) usage saw a growth of 6 million over the past month, which represents an increase of 30% from a month ago. BitTorrent’s DAU in April was estimated at 30 million. The Windows client was the most used out of all the BitTorrent implementations, with 2.1M users signing up in April.

The community is now waiting for the launch of the BTT token staking feature, which according to Tron Foundation CEO Justin Sun, will be available in a few days:

“We will launch BTT staking so all BTT hodlers can receive revenue on DLive in April.”

The BitTorrent team has also been making several upgrades to the BTFS file system. The number of BTT-based products greatly increased, adding to the list Windows, macOS, Android, and Web clients, BitTorrent Speed, BTFS, and DLive. The DLive platform recorded an increase of 100%, the highest out of all the platforms, with the Web experiencing a 50% growth.

It should also be noted that BitTorrent Speed amassed more than 2.5 Million users with 800,000 daily active users on the application.

The team posted a recent tweet with their recent accomplishments:

Exciting updates re @BitTorrent ecosystem & $BTT in the last 30 days! #BitTorrent’s DAU has increased 30%, adding 6 mil DAU, which will hit 30 mil in April. @OfficialDLive’s DAU has doubled! We will launch BTT staking so all #BTT hodlers can receive revenue on DLive in April!

“We’ve rolled out BitTorrent Speed partially to fresh installs & will roll out 100% to fresh installs in April. In the Q2, we’ll update Speed with $BTT to all 30 mil DAU. So far, the network’s stability & network effects have improved dramatically since BTT was introduced. We launched #BTFS in March. On the demand side, lots of amazing decentralized products are in the pipeline ready to launch BTFS.”

The CEO also said that the DLive decentralized app will be the first one to go live, as there is a massive storage demand. It was also revealed that new installs will be rolled out in the second quarter to further improve BTFS network effects.

As a number of sites have issued their own BTT price prediction, we have decided to feature some of the most relevant ones from top crypto analysis and forecast sites to give you an idea regarding the market sentiment for BitTorrent.

WalletInvestor issues its own BTT price prediction for the next 7 days of April, along with the particular maximum, minimum, and average values:

With this, we conclude our BTT price prediction for April 2020. We hope that the information we provided will be of help to you in your future BitTorrent trading endeavors.