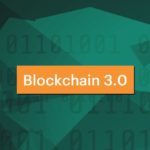 However, despite its tremendous advances, blockchain technology has had its fair share of challenges. Blockchain 3.0 projects are a new generation of technology which focuses on solving the pressing issues of its previous versions by implementing different protocols, algorithms, and systems. Higher scalability, interoperability, privacy and instant transactions are what separates Blockchain 3.0 from its ancestors.

In today’s article we will be covering the most important blockchain 3.0 projects which are contributing to the next level of development for this technology:

Cardano is a unique blockchain project, believed to be the world’s first new-generation cryptocurrency which seeks to bring scalability, interoperability, security, and affordability to the industry in a novel way.

It is the first peer-reviewed blockchain which includes a one-of-a-kind architecture and features that were designed to solve the pressing issues of current blockchain platforms. Another novel feature of this platform is its self-governing system and the fact that it produces a constant revenue flow, unlike its competitors. This money will be reinvested in gathering the best individuals in their fields in order to keep the platform updated with the latest advances in technology.

he project is led by Charles Hoskinson, one of Ethereum’s creators who left the project to build his vision of creating a better blockchain. The native cryptocurrency of the project, ADA, has a market cap of $1,045,890,498 USD and it currently ranks 12th on CoinMarketCap.

EOS is a next-generation blockchain project that runs using a delegated Proof-of-Stake (DPoS) in order to increase usability. This particular consensus algorithm was designed to solve the problems that come with Ethereum-based dApps, such as the increase in transaction fees and slow speed of transactions. EOS’s system enables every wallet in the network to vote for a representative.

Similar to other Blockchain 3.0 projects, EOS features increased scalability, as it is able to process millions of transactions in a second through the implementation of effective optimizations. Another prominent feature of this network is its flexibility. It enables developers to freeze a faulty app by using block producers until the bug is being removed, which means that no hard fork will ever be required if software problems arise.

ICON (ICX) is another notable Blockchain 3.0 project on our list, which seeks to improve communication and connectivity between different blockchains. The platform runs using their proprietary ‘Loopchain’ technology, which enables transactions to be effectuated and completed much faster. Loopchain also processes a higher number of transactions per second compared to its previous generation peers.

It is attempting to create a global blockchain environment which bridges traditional previous-generation Blockchains, such as Bitcoin and Ethereum, with the new generation. ICON (ICX) has a rank of 39 on CoinMarketCap and a market cap of $126,197,346 USD.

Zilliqa is a next-generation, highly-throughput public blockchain which is based on a new programming language called Scilla that is expected to be an improved version of Ethereum’s Solidity. Scilla was designed to address the security bugs that occur in Solidity.

By increasing the number of nodes in their network, they want to prevent the current scalability issues that plague the Bitcoin and Ethereum blockchains. If there are more nodes connected to the network, this will lead to a higher transaction speed and less latency.

What is remarkable is that it uses a Proof-of-Work (PoW) protocol to deter a potential Sybil attack, as all users are required to perform a PoW to be able to participate in Zilliqa’s network. Also, the PoW algorithm is not implemented to establish consensus on the network and not all miners are able to participate in the mining of each block.

Neblio is another novel blockchain platform which focuses mostly on enterprise and business use cases. The platform’s plan is to use blockchain technology to increase the efficiency and development of decentralized applications by implementing a variety of open source features and APIs.

Neblio allows developers to create dapps in 8 programming languages: C#, Python, GO, Javascript, Ruby, .NET, Java, and NODE.JS. This makes the platform highly versatile and does not limit its use to just one category of developers. Neblio (NEBL) has a market cap of $15,523,454 USD, which positions it at a rank of 178 on CMC.

Blockchain 3.0 projects have set a higher standard for scalability, interoperability, and security, which will beat even the most competent of today’s financial services. However, these cryptos still have a long way to go in terms of adoption before they can fully reach their potential.