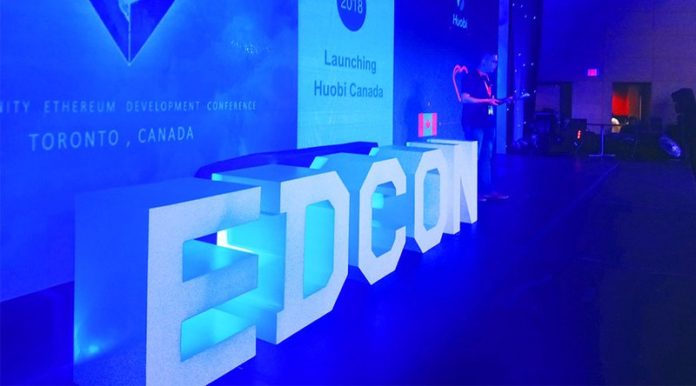 On May 4, 2018, at EDCON in Toronto, Canada, the Huobi Group announced its plans to expand to the Canadian market with a fully operational office in Toronto by the end of the year. This expansion marks the blockchain asset company’s second move into North America this year after setting up operations in San Francisco, and it comes just weeks after Huobi announced it would be opening European operations with an office in London, as well.

The expansion will include “all the arms of the Huobi Group,” General Manager of Huobi Canada, Ross Zhang, told Bitcoin Magazine. As such, besides its cryptocurrency exchange, Huobi Capital’s investment funding, Huobi’s Ecofund and Huobi Labs’ consulting services will be available to Canadian blockchain startups to foster innovative solutions and accelerate adoption.

We want to build a strong ecosystem. We want to make the ecosystem bigger and stronger for this industry.

With offices in Singapore, Japan, South Korea, Hong Kong, and the United States, the Huobi Group represents Huobi.Pro exchange, Huobi Labs blockchain incubator, Huobi Capital investment fund, and Huboi’s international brands. The Group’s exchange arm, perhaps its most recognizable brand, consistently ranks in the top ten digital asset exchanges by 24hr volume, and according to Huobi Group records, it saw some $981.5 billion in trades in February alone. In response to the Chinese government’s tightening regulations, Huobi shut down exchange services in October of 2017.

Now, as the Huobi Group extends its reach into Canada, the organization is making a point to “recruit Canadian talent,” Zhang indicated, working with a variety of organizations to enrich local and global blockchain ecosystems alike.

“Even though we started in China in 2013, we (Huobi Canada) are a Canadian company. We want to be as local as possible,” said Zhang, who has himself worked in Canada for the past 10 years. “We want to work with local communities — not just dev communities but also fintech, local businesses, funds and financial service companies.”

Huobi chose to add Canada to its growing base of operations for its favorable regulatory environment and its policy makers’ dedication to fostering a safe trading environment for investors. In order to do its part in representing its clients’ best interests, said Zhang, “Huobi Canada plans to work with law firms, accounting firms and regulators, on the exchange side and on the whole ecosystem.”

So far, Huobi does not have an established on-and-off ramp for fiat deposits and withdrawals for their exchange, but Zhang says that they are in the process of working out their banking relationships in Canada.

Even as major credit card companies have shuttered payments for cryptocurrency services and investments, Canada continues to see record-high trading volumes in 2018, as citizens are turning to over-the-counter exchange options like LocalBitcoins for cash-in-hand, person-to-person transactions.

According to information obtained by Berliner Morgenpost, the Berlin-Brandenburg Customs Office may have identified as many as 1,500 darknet drug...