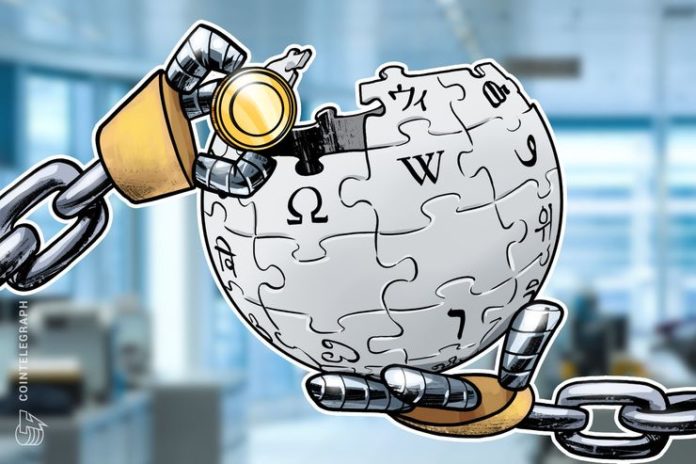 Designed to be an “autonomous encyclopedia without the need for advertisements or donations,” the project uses the EOS network to function and will reward curators with its own token, dubbed “IQ.”

Co-founder of Wikipedia turned Everipedia CIO Larry Sanger commented in the release that they are “elated to release [their] minimum viable network which allows users to vote on and create articles in a decentralized manner for the first time.”

Talk of a blockchain-based “alternative” Wikipedia has long floated around cryptocurrency circles, with fellow co-founder Jimmy Wales’ well-known skepticism of Bitcoin (BTC) and hands-off approach to blockchain technology serving to add to the community’s motivation.

Wales told Cointelegraph during an interview in June that he is “not planning to do anything directly in the blockchain space,” but added

“I am very intrigued by the idea. A lot of people have pitched me on their ideas in the journalism space, I just don’t see it makes a lot of sense. I’ll continue to reflect and think.”

Speaking to Bloomberg this week, Everipedia co-founder and president Sam Kazemian highlighted IQ as one of the biggest challenges currently facing the project.

“Designing token economics that actually work and make sense is the most challenging aspect,” he told the publication,

“It’s easy to create a token and have it do nothing except act as a unit of account inside of some service. But that’s not what the IQ token does.”