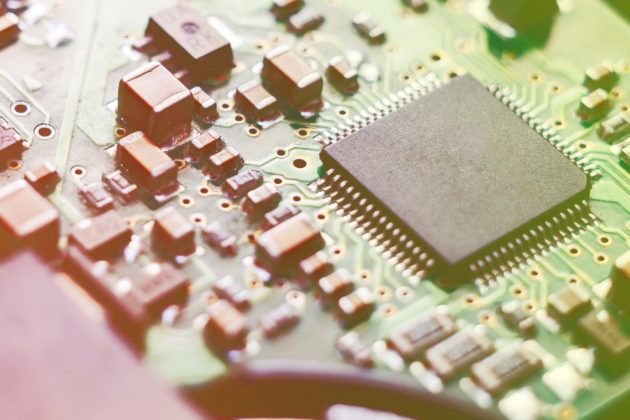 Semiconductor Industry Becoming the Fastest-Growing Industry in the Tech Sector

Data compiled by World Semiconductor Trade Statistics (WSTS) shows that global sales of semiconductors were $40.1 billion in August 2018, representing an increase of 14.9 percent compared with the August 2017 total of $34.9 billion. As a result, the Semiconductor Industry Association (SIA) reports that worldwide sales in August 2018 were 1.7 percent higher than the July 2018 total of $39.49 billion. 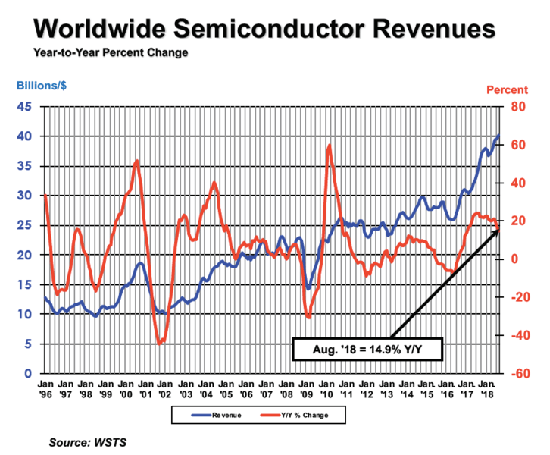 According to an Accenture report, companies integrating the awesome powers of AI and Blockchain technologies are the most bullish components in the sector.

This faster traceability will improve companies’ business operations and accelerate delivery of their products to market – while enabling them to do so at lower costs. Semiconductor companies can also use blockchain to create, scale and manage technology-based collaborations and redefine future business transactions.

Indeed, Accenture forecasts that a high percentage of companies in the semiconductor industry expects to integrate blockchain technology into their operations within three years, as shown in the chart below.

However, the semiconductor industry fears that President Donald Trump’s administration might limit exports of semiconductors and chip manufacturing equipment to China. The US government has already imposed heavy tariffs on Chinese goods, prompting China to respond in kind.

The US-China trade war is already affecting semiconductor companies, such as Nvidia, which manufactures GPUs and semiconductors for cryptocurrency mining. According to CNBC, “President Donald Trump’s 10 percent tariff on Chinese goods affects graphics cards assembled in the Asian country, according to two industry sources familiar with the matter.”

At the time of writing, fear and volatility are causing the Philadelphia Semiconductor Index to plunge more than 3.7 percent.

How do you think the growth of the semiconductor industry will affect the development of Bitcoin’s blockchain technology? Let us know your comments in the comment section below!