Quickly being adopted by many industries, but predominantly in finance, trade and logistics—where “transactions” of both money and data occur—blockchain can increase efficiency in any sector. The big “buzz” is often around these first-adopting sectors, but blockchain can also improve some of our most everyday experiences.

Just about everyone is exposed to some form of media and entertainment daily, whether it’s smartphone- or TV-based, a book, movie, or YouTube video—even just reading the news.

“Two-thirds of organizations worldwide are already experimenting with blockchain.”

IBM also revealed that the use of blockchain has reduced inefficiency by as much as 90 percent in early implementations. Kelley gave the example of IBM’s international shipping blockchain pilot with Maersk wherein a single cross-globe shipment blockchain reduced the number of documents involved from 200 to 20.

As data can be time-stamped and stored immutably on a decentralized, shared blockchain, participants can quickly access the ledger of information in one step.

This negates the need for these companies to store data on their own systems only, then for participants to send documents between themselves by conventional methods used to pass information and answer queries.

Taking Back Control of Consumer Data

IBM’s global solutions leader for advertising, Chad Andrews, declared that blockchain could be used in media and entertainment to quell some of Facebook and Google’s monopoly on consumer data-collection.

Consumer data collected by these technology giants through cookies, browsing histories and the like are held and controlled by them, often with little knowledge and even less reward to the data’s actual owner – the consumer.

Blockchain has long been pitched as a decentralized, democratic method for consumers to exert more control over their personal data. Consumer data could become a marketplace in its own right, independent of big players like Google and Facebook.

“Data [about consumers] can be combined, but different people own it,” said Andrews at the IBC event. “We have to be able to tokenize those data sets into discrete assets that can be traded in the market, and we need to be able to price those.”

Media publishers would benefit from better access to consumer data, Andrews continued, “Decentralizing and democratizing that will flatten margins, it will give control of the consumer relationship back to the publishers, where it belongs, and you can do things that walled gardens typically can’t do, like aggregated third-party measurement across platforms.”

Peter Guglielmino, CTO of the global media and entertainment industry for IBM, explained how creatives—authors, actors, and musicians—could be more certain of royalty payments if blockchain is used as a “tamper proof” way to store metadata.

There are a number of blockchain startups focusing on platforms to record who created what in the immutable, secure, and shareable way of blockchain.

This is also true for the complicated world of intellectual property rights, patents, and research, where researchers often have to evidence and prove ownership of their findings in costly processes. Again, blockchain records of valuable research data provide evidence of who created what and when, in a simplistic, shareable way.

As IBM says, many organizations, large and small, are looking at how blockchain can improve security and efficiencies.

Blockchain is being adopted or investigated in what is surely now every sector. As a “foundational” technology like the internet, it’s likely that soon we’ll all be using blockchain in some way, often without even realizing it. 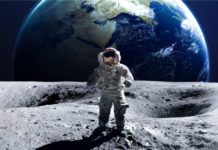 Everyone Should Have 1% of Their Assets in Bitcoin: Virgin Galactic Chair

Sophoslabs has published a report in which the company claims to have identified at least 25 Android apps published on...