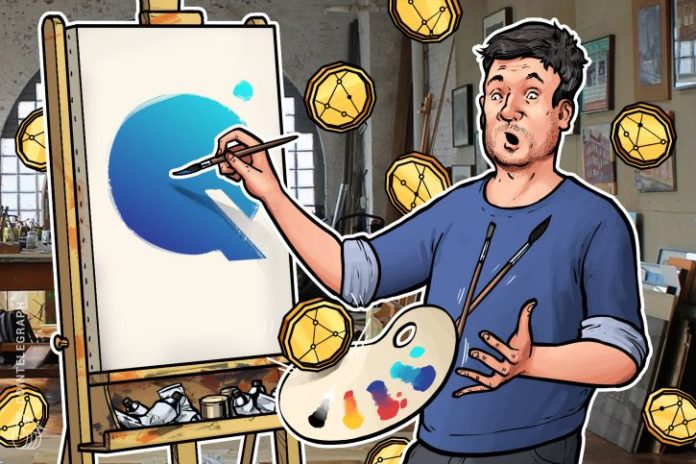 Austrian startup Qravity has developed a payment method that aims to help digital entertainment producers and creatives receive royalties for their work, and improve creative collaboration and content distribution.

David Brandstaetter, the CEO and founder of Qravity, explains how it works: “Using Qravity, creatives work for project stakes. Once their project is complete, the movie, video game or other digital media they helped create goes directly to market. Then, if, say, a scriptwriter has a 30 percent stake in a movie they wrote, they receive 30 percent of the revenue every time  someone buys or rents that film.”

In early 2016, Qravity co-founders David Brandstaetter and Dr. Sascha Dennstedt decided to build a blockchain-based platform that pays creatives stake-based royalties whenever consumers or distributors purchase, rent or buy the licenses for the digital media they help create. The more successful their creations, the greater their earnings.

As reported earlier by Cointelegraph, content creators receive an immutable and transparent record of their project stakes in the form of a digital token known as QPT, an asset which is used internally within the ecosystem and cannot be purchased on crypto exchanges.

Project founders allocate fixed amounts of QPT to tasks according to their own criteria, such as task complexity or the estimated time required for task completion. Founders can also set the amount of QPT they, themselves, receive upon project completion.

Individuals and distributors can use Qravity’s cryptocurrency, QCO, to purchase or license content directly within the platform. Royalties from these sales are then distributed according to the QPT holdings of each project member.

According to the white paper, the company plans to enhance the platform with a ranking system and achievement-based gamification.

“These features will allow people to gain nonmonetary experience points as they start projects and complete tasks. For each project, these points will generate an internal ranking system that presents informal scores based on each content creator’s involvement and contributions,” reads the text of the paper. Project founders can use these scores to help them choose the right creators for their teams.

The Qravity team plans to launch a QCO presale on July 28, 2018. This presale will last for two weeks; during this period, contributors will receive a 30 percent bonus of QCO. Qravity’s public token sale is scheduled to start on August 12. The Initial Token Offering will remain open until October 1, 2018.