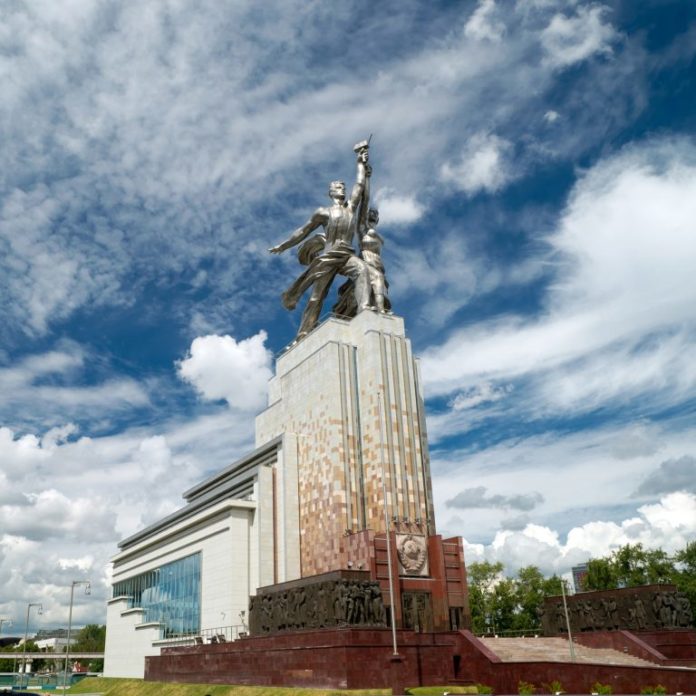 If you’ve ever thought of acquiring a digital, virtual citizenship, there are a couple of new options on the table – a ‘Satoshi Nakamoto Republic’ and a ‘Soviet Land’ on blockchain, among others. True, ‘crypto passports’ often come with coin offerings that you might not necessarily be interested in — But the blockchain republics also promise social justice, new or forgotten models of governance, voting rights for every citizen.

Also read: This ICO Project Wants to Detokenize Itself

‘Soviet Land’ to Issue its Own Crypto Ruble The idea of a crypto state, a blockchain republic, is not new but the marketing strategies for selling it are changing all the time. The authors of the latest such project have decided to attract “citizens” by invoking nostalgic memories of a state whose founding principles were quite different from the political foundations of the crypto-space. The blockchain-based “Soviet Land” has been recently proclaimed in the Russian Federation, the successor of the Soviet Union which was dissolved in 1991. Almost three decades later, many Russians regret the loss of the safety and security of the Soviet era as political freedom didn’t bring economic prosperity for all.

The Soviet Land is meant to be a digital recreation of the USSR, with its own constitution, citizenship, and social security system. The project is targeting people born in the former Soviet Union and their children. The blockchain USSR has its own cryptocurrency, the Soviet Land Crypto Ruble (SLCR). The SLCR token is supposed to underpin all transactions in the Soviet Land and should be used in payments, both “international” and between legal entities and private individuals within the virtual state. There’s also an incentive for new citizens – the founders of the blockchain state promise to compensate all people who had deposits in the USSR’s savings bank with funds in the “national cryptocurrency.” The developers, however, have still to answer an important question – can the crypto rubles be exchanged for fiat and withdrawn at the holder’s request.

According to Soviet Land’s creator, Andrey Milenin, the state aims to provide its citizens with the opportunity to restore social justice and participate in government. There’s one little problem though – he claims the blockchain USSR will be based on a “centralized system of individual government.” And the question is, how would a blockchain state, decentralized by default, function under a system of centralized management? Another proposal in the category of crypto/blockchain states is the Satoshi Nakamoto Republic. The project will soon conduct an Initial Coin Offering (ICO) to raise funds it wants to use to finance some ambitious plans, including the purchase of an island where a Satoshi Nakamoto City will be built and the “virtual decentralized blockchain-republic” will be founded.

The Ukraine-based startup has included in its mission a commitment to erect physical and virtual monuments of the creator of Bitcoin all over the world and to install in its planned city with the same name “the biggest (real) monument […] named in honour of Satoshi Nakamoto.”

The company has already announced its first project – an initiative to erect a monument of Satoshi in Ukraine’s capital, Kiev. The plan is to place the figure right on the spot where the statue of Vladimir Lenin, founder, and leader of the Soviet Union, used to stand before it was toppled down and destroyed by protesters in the riotous winter of 2013. A virtual Satoshi monument, a digital statue will also be visible via a mobile app.

One of the major goals of the Satoshi Nakamoto Republic is the “creation of a new model of governance, in which all citizens have the right to vote, which is fixed on blockchain” to ensure the “impossibility of falsifications.” Besides citizens, ambassadors and congressmen are also wanted. The virtual republic will issue, sell and use its own SNRC token.

And while the fate and the ultimate goals of these projects are still unclear, the Russian Central Bank has reported a new trend in crime related to financial pyramids. Russia and the other countries from the former Eastern Bloc had bad experiences with them in the 90s, and their number is growing again. The CBR now claims that 80 such schemes, using cryptocurrency to attract potential investors, have been discovered since the beginning of this year. A report released earlier this year revealed that ICO startups with Russian participation have raised $310 million dollars before the end of last year. According to another study, the Russian Federation has hosted six of the top 100 ICO projects. However, an academic research published in July showed that less than half of all ICOs survive the first four months after the token sale.

What do you think about the so-called crypto/blockchain states? Share your opinions in the comments section below.