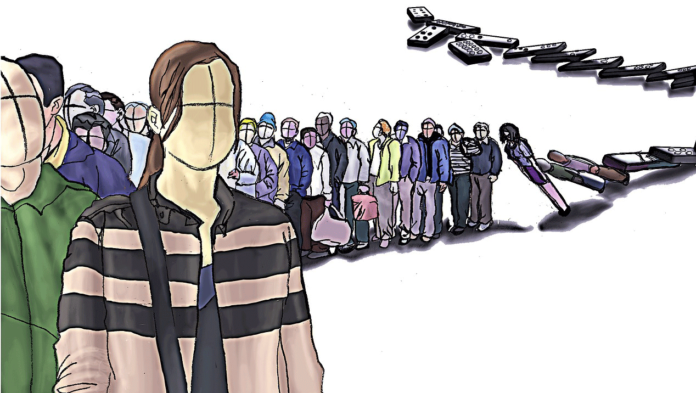 ,So much hype has been built around blockchain uses that all sorts of bizarre coins have popped up offering to solve the middleman problem. While some are specifically created as a joke, others are purely used as money grabs in the hope of luring the next gullible investor. Despite a whole host of new coins coming to market, it remains doubtful that societies of the future will need several thousand different coins to exchange value.

Has the cryptocurrency community lost sight of its original vision? Bitcoin pioneered many of the fundamental blockchain uses when it was created in 2009. In this article, we’ll return to some of those fundamental principles because it’s highly unlikely that Satoshi Nakamoto envisioned a Trump Coin when he/she/they set out to change the world with cryptocurrency!

According to the world bank, almost a third of people on the planet do not have a bank account. Two and a half billion people is a large number when you consider that many of us have had a bank account for decades. There has been some discussion in the crypto community of course, but for the most part, the West has ignored the issue. That’s because the West already has a well-developed infrastructure.

Now, consider how fragmented banking is across countries, continents, and cultures. Banking conventions are quite different in the US compared to Europe and then more so as you move further east. For those who do not already have established services, why build branches, ATMs, and card solutions when you can do all of this via your mobile phone?

Many of the unbanked, particularly in Africa, already use mobile money solutions like M-Pesa. And yet, M-Pesa still requires you to deal with an outlet who then deals with a major organization that handles deposits and withdrawals. With a smartphone and a cryptocurrency wallet app, you can remove both of those players and send and receive Bitcoin directly with a counterparty.

Censorship resistance remains a hot-topic issue in 2019 as we continue to see dominant platforms ban users. Two high-profile content creators, David Rubin and Jordan Peterson, recently announced that they would be closing down their Patreon accounts. Patreon is a crowd-funding site that allows anybody to build an online community and receive donations for their work.

The move by Rubin and Peterson is in solidarity with other creators who have been barred from the platform due to political reasons. While the pair plan to create their own payment solution, a number of Rubin’s own followers have been urging him to use Bitcoin as a more sensible alternative. He is currently testing out the waters to see what kind of uptake that will have:

FLASH ALERT: I’ve been given 5 days notice that all card payments coming into my business will be stopped and my accounts shut down “due to pressure from our banking partners not wanting ANY association with #cryptocurrency businesses.” Help please. Suggestions. Please RT. pic.twitter.com/sFygF8MzTz

The above situations highlight the growing problem of power abuses from centralized companies. Some of these have the authority to remove an individual or company’s entire income stream. That kind of power is concerning when you consider that people’s livelihoods are at stake and can so easily be removed.

Bitcoin solves this problem effortlessly because miners process the payments. And they don’t care or know why two parties exchange value with each other. They simply facilitate the transaction and avoid any political reasons that could interfere with it.

Government and governance are some other great potential blockchain uses. While the majority of governments push back on cryptocurrency solutions, there are an innovative few that are starting to embrace it. Some US states, like Ohio, and Crypto Valley in Switzerland are already introducing the (partial) payment of taxes using Bitcoin.

On the flip side, citizens of a country should be able to independently verify how the government spends. That, of course, can be achieved with a simple Bitcoin wallet, which shows where the funds are coming from and going to. Make government finances available via blockchain and you may just find out how many financial skeletons are actually hiding in that closet.

Blockchain voting is another area that seems to be getting a lot of chatter, and for good reason. Though many countries claim to have working democracies, their voting process is anything but transparent. There’s often no way to actually verify how democratic they are.

On the blockchain, voting could work similarly to a process Switzerland implements, known as direct democracy. In the small mountain nation, any citizen can launch an initiative if they gather 100,000 valid signatures. They can then hold a referendum that could result in a direct change of the constitution.

This is only a simple example of course, but you see how powerful this could be when paired with an immutable blockchain ledger. Then, add the benefit of voting in the comfort of your own home. Democracies of the future may have very few politicians and an evolving constitution. For the people by the people might actually ring true.

Why stand in long queues for hours when we can vote simultaneously on the blockchain?

Where Can Blockchain Uses Make a Real Difference?

There may certainly be some novel uses for blockchain. There are all sorts of sectors with entrenched middlemen that could use disruption. That being said, while many investors are chasing the next big token, the real promises of blockchain are those simple but powerful concepts that Bitcoin continues to promote. Things like financial inclusion, censorship resistance, and transparent governance. Just as the internet paved the way for open access to information, blockchain will pave the way for open access to finance.

The post Blockchain Uses | Where Can Crypto Make a Real Difference? appeared first on CoinCentral.