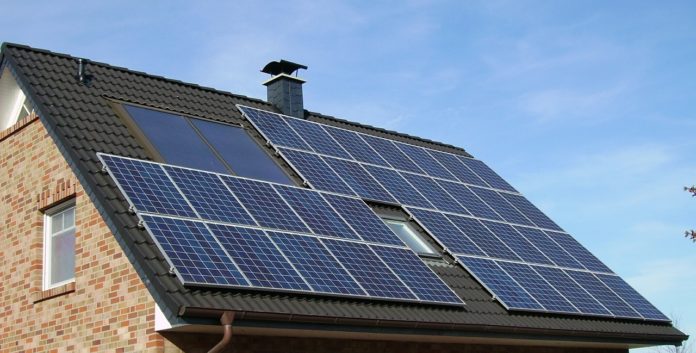 The energy sector is undergoing a huge shift, as the world starts to realize the damage caused by fossil fuels. More countries than ever before are looking to renewable energy, and ways of reducing dependence on finite resources such as oil. At the same time, the planet is undergoing a global water crisis, with the risk of demand outstripping supply over the next few decades. Are blockchain utilities the answer? Here, we unpack each utility market to see where and how blockchain is making a difference.

The growth forecasts for the blockchain utilities market are significant. ResearchandMarkets recently added the “Blockchain in Energy Markets” to its report offering, which estimates the sector to increase by a mind-blowing 59 percent CAGR to over $3 billion by 2024.

The potential of blockchain as an enabler of peer-to-peer energy marketplaces is well-documented. Projects like Powerledger are creating a decentralized network of entities generating and trading their own energy from renewable sources. By opening up the markets in this way, we could see drastic reductions in energy costs.

However, such an approach comes with inherent infrastructure challenges. Electricity travels through wires and poles, so for a P2P energy marketplace to become a reality, the entire system needs a physical overhaul. Therefore, although P2P energy marketplaces are a compelling use case, it may be some time before they reach their full potential.

There are more immediate use cases for blockchain utilities though. Renewable energy certificates (RECs) are a commodity, traded separately from electricity. They certify that the buyer has purchased energy from a renewable source. Currently, RECs are issued based solely on forecasts and estimates because currently, there’s no way to trace exactly which energy in any given power grid came from a renewable source.

Now, companies are deploying blockchain to help track renewable energy contributions, so that RECs can be issued based on accurate information. So, a particular solar panel or wind turbine will become linked into a blockchain. Each megawatt hour (MWh) of renewable electricity that it generates is recorded immutably on the blockchain and receives its own REC.

Spain is already using blockchain for the issuance of RECs, with its national electricity provider Iberdrola using the blockchain platform provided by the Energy Web Foundation. The EWF has developed the Energy Web, a custom platform for use by the energy industry. The foundation is also looking at other possibilities in the area of blockchain utilities.

Homepage of the Energy Web Foundation

The extraction process probably doesn’t stand to gain much from the emergence of blockchain utilities. However, both oil and gas are traded as commodities, and trade finance is a huge challenge in the commodities sector.

The main issue is that there are generally various parties involved in each transaction, including banks and brokers. All parties have to agree to the trade, which involves the issuance and authentication of letters of credit before a funds transfer can take place.

Using a blockchain solution allows the issuance of letters of credit and financing, with full transparency between the parties to the trade. Whereas in today’s landscape, settlements can take days or longer, blockchain enables real-time settlements. This significantly reduces the time that commodities spend sitting in ports, which in turn also costs money for the owner.

Blockchain utilities have broader applications beyond the energy sector. Although the developed world tends to take the availability of water for granted, we are in the midst of a global water crisis.

According to the World Economic Forum, more than half of the world’s population – 4.5 billion people – lack access to basic sanitation services. And people in the developing world needn’t think this will never affect them. The WEF also forecasts a 40 percent gap in the global supply and demand of water by the year 2050.

One of the biggest challenges in the water sector is of managing supply. Water systems often depend on aged infrastructure, which is leaky and inefficient.

Furthermore, a small number of big players who operate within black boxes control much of the water supply. For this reason, we have no idea if water is distributed equitably.

Blockchain has the power to reverse the world water crisis. By using an interconnected network of IoT sensors, it’s possible that water supply can be better managed on a micro or macro level. Recording the sensor data on the blockchain provides transparency far beyond what’s available in today’s water industry.

This is the goal of a project called Blockchain Water. It’s bringing together other blockchain projects including Golem, IOTA, Filecoin, and Siacoin to manage the worlds water infrastructure. Blockchain Water will also integrate artificial intelligence. AI can quickly analyze different simulations to try and ensure the use of optimal water management solutions.

Areas of water management in scope of the Blockchain Water platform

A further water blockchain project exists, called Waterchain. However, this one is leveraging the crowdfunding features of blockchain. Funding is for startups and projects which aim to address the challenges in water management.

Energy and water are fundamental to our lives, but both are in the throes of a crisis. The energy sector needs to make better use of renewable energy sources if we are to avert climate change. Anything that threatens the availability of water puts human life at risk.

Blockchain can help to reduce water inequality and ensure water supplies are managed sustainably and transparently. It can also create new avenues for delivering and tracing renewable energy.  Blockchain utilities are still very much in the early days of adoption, but there is great potential in this area to help safeguard the planet for future generations.

The post Blockchain Utilities Will Transform the Energy and Water Markets appeared first on CoinCentral.