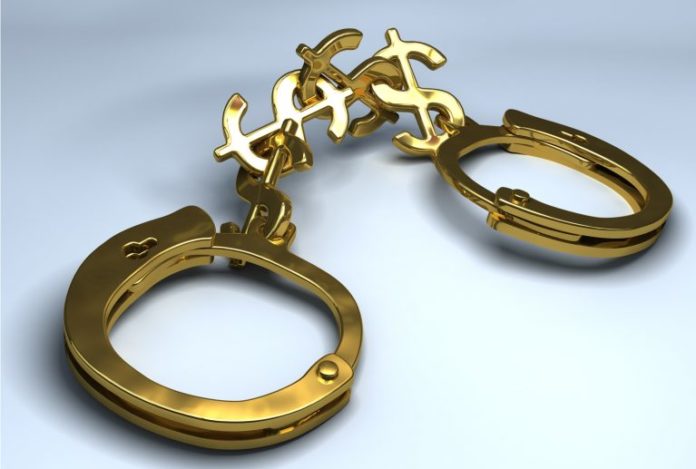 There are perks to working for Blockstream, aside from having to answer to Samson Mow. Developers for the Bitcoin Core software company are alleged to earn up to $850K per year thanks to a “stock option” that sees them paid 20% of their salary in BTC. That BTC is pegged at the price bitcoin was at in 2014, meaning that employees are paid around 85 BTC annually as part of their salary, a bonus of around $700K at current prices. That’s according to a new website called Cashbleed that claims to lift the lid on Blockstream’s salary structure.

Technically speaking, Blockstream employees could walk away from the company any time they want. In practice, there is no incentive to do so thanks to a salary option in which 20% of their wage is payable in BTC, perennially capped to the price it was at in 2014 when the firm was founded. That’s according to Cashbleed.com, a controversial website registered in the last 48 hours that makes some back of the envelope calculations and some bold claims.

The website describes the arrangement as a “scheme” that is ongoing, making it “very difficult for investors to get a return on their investment.” Blockstream, responsible for such Bitcoin Core technology as Segwit and Liquid, has raised $101M over three rounds from the likes of AXA and Mosaic Ventures. Cashbleed ventures: “Suppose an engineer was hired at $150,000 a year, and an extra 20% of their salary was paid as a bonus on top in Bitcoin. 20% of the salary would be $30,000. Blockstream then pays that amount in BTC assuming a price of $350/BTC. $30,000 / $350 = ~85 BTC to the employee, worth roughly $700,000.” It continues:

In effect the employee earns $850,000 a year. The salaries of senior executives are likely to be higher than this modest amount for an engineer.

The site came to light after Bitcoin.org owner Cobra tweeted a link to Cashbleed.com, writing in withering terms of how “Blockstream’s employees have been paying themselves grossly inflated salaries, despite the company’s lack of success with any real products.”

Reaction to the allegations has been mixed, with Blockstream acolytes leaping to the company’s defense, while others have blanched at the sky-high salaries staff are allegedly entitled to. “So what?” shrugged one commenter. “They negotiated to be paid in the currency of their choice and it’s appreciated in value against USD. They took both the upside and downside risk.” “I would be pretty pissed if the company I worked for rescinded a stock option agreement after 5 years just because the stocks became 22x more valuable,” defended another Blockstream supporter. “If they purchased the BTC for the purpose of satisfying employee compensation packages the BTC isn’t even theirs to begin with.”

If the alleged pay structure is broadly accurate, it may be so generous as to threaten Blockstream’s sustainability, according to Cashbleed. The website claims: “These obscene salaries are quickly depleting Blockstream’s Bitcoin reserves. We estimate the company won’t be able to survive more than a year of operation without raising another round of investment.”

On Subreddit forum r/btc, most commenters took aim at the source of the news, Cobra, with one instructing: “There is no evidence, it’s all made up. No sources, no nothing, just made up numbers and theories. Don’t fall for the snake’s tactics. Next week he’ll be back to praising Blockstream and bad mouthing BCH like he always does. He just wants a paycheck from Blockstream.” Cobra is an enigmatic character who is known for his fierce and often contradictory opinions. In the past year, for example, he has oscillated between support for bitcoin core and bitcoin cash. Regardless of the veracity of the allegations, if Cobra was looking to cause a stir, he succeeded. On crypto Twitter, the debate rumbles on about one of the most controversial companies in Bitcoin and its controversial antagonist, Cobra.

Do you think these allegations about Blockstream are true? Let us know in the comments section below.