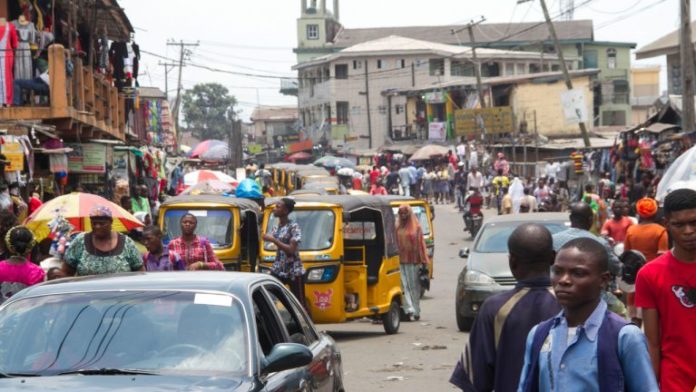 One of Nigeria’s most brazen crypto scams, Inksnation remains operational and still invites new investors some three months after the country’s Securities and Exchange Commission (SEC) deemed its activities illegal. The SEC has previously warned Nigerians against investing with the scam saying doing so would be at own risk as there is no legal recourse in event of the scam collapsing.

The SEC warning had been prompted by fears that Nigerians are falling victim to yet another giant scam that rides on the growing popularity of cryptocurrencies. Described as the “World’s First Charitable Trust DAO”, the Inksnation masterminds claim they can “end poverty in any country in less than 9 months (by) incentivizing goodness, promoting love and equitable distribution of wealth.” On their website, the scammers offer a convoluted and sometimes confusing explanation of their operations and how the business generates revenues for investors.

Prior to the SEC warning, another organization, the Stakeholders in Blockchain Technology Association of Nigeria (SIBAN), went as far as to label Inksnation’s purported crypto coin, pinkoin a scam.

SIBAN says, “Inksnation is not on any blockchain” while the scam’s purported blockchain, the Inksledger “is not public and may as well be inexistent.”

Still, it appears the warnings have not had the desired effect as desperate Nigerians still flock to the scam. At the same time, the masterminds behind Inksnation seem unfazed by any possible legal consequences, as they are reported to have enlisted the services of a prominent Nigerian law firm, which specializes in blockchain and crypto law.

Besides enlisting the services of the law firm, the creators of the scam have also tapped into the religious beliefs of potential victims. Enterprising scammers now exploit Nigeria’s well-known background as a divided but deeply religious state to fend off scam allegations. For instance, in a letter addressed to his followers shortly after the SEC and SIBAN issued warnings, the founder and CEO of iBSmartify, the creators of Inksnation, Amos Sewanu Omotade-Sparks wrote:

Nevertheless, Omotade-Sparks, who also identifies himself as “Universal Daddy Inks (UDI)”, still assures followers that the warning by the SEC is just “a disclaimer.” He says its “the same way they said about bitcoin that whoever trades with bitcoin does so at his own risk. It shall surely end in praise.” Omotade-Sparks even sarcastically thanks SIBAN for “finally doing something that’s meaningful for once.”

So just how do the masterminds of Inksnation continue to sell the scam as well as maintaining the followership interested despite the negative public warnings?

Similar to other large scale scams, Inksnation relies on promising unrealistic returns on any investment whether small or big. Scammers are well aware of the powerful lure of earning a lifetime passive “salary.”

As explained on the Inksnation website, investors become eligible to receive a lifetime salary starting at $342 per month after subscribing for the bronze “living node.” The bronze living node package, which requires a deposit of $3 (1000 Naira), which is cheapest while the “diamond living node” requires an investment of $3,000 for one to be guaranteed a lifetime salary of $857.

Interestingly, all benefits are paid out in pinkoin, the scam’s supposed reserve crypto coin that is valued at $17,556. According to Chiagozie Iwu, a CEO with Naijacryptos, a locally established cryptocurrency exchange, pinkoin is not listed on any exchange in Nigeria because “it is neither a crypto coin nor has any ties to the blockchain.” Many in Nigeria’s blockchain space are adamant that ultimately, pinkoin has no value. Determined to counter and dispel any doubts about their activities, the masterminds have been posting videos on Twitter of real Nigerian recipients of the promised salaries. In one video, a man is seen brandishing wades of the Naira banknotes which he claims to be payment of his salary.

There are a few more videos that follow the same routine but as Iwu explains, this is just typical of most Ponzi schemes. The first few investors “will receive some payouts” and these “will defend the scam.” However, the majority of the so-called “downlines” will not get anything but by then it will be too late.

With the SEC recently designating crypto assets as securities, it would seem the legal loopholes that Inksnation and other scams have been using to defy the regulator are closed. It remains to be seen if Omotade-Sparks and his legal counsel will continue aggressively recruiting new members or the project is about to fade away.

What do you think about the Inksnation scam? Share your thoughts in the comments section below.

The seventh largest Bitcoin wallet contains 69,370.22 Bitcoin - whoever opened it would get very rich. Hackers have therefore been...