Brazil’s largest independent brokerage, Grupo XP, the owner of XP Investimentos SA, will be entering into the crypto space. This is despite the fact that the firm would prefer to avoid this market altogether.

Last week, at an event in Sao Paulo, the Chief Executive Officer of Grupo XP, Guilherme Benchimol, told Bloomberg that the company will offer a platform exchange for Bitcoin and Ethereum. This is expected to be launched in the company months.

The new exchange, called XDEX, will be set apart from the firm’s other brokerage businesses. As a result, it will be run by Thiago Maffra and have around 40 employees. 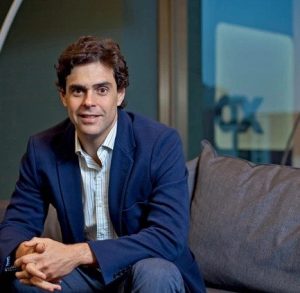 Speaking at the conference, Benchimol said: “I must confess, this is a theme I’d rather didn’t exist, but it does. We felt obligated to start advancing in this market.”

How the European GDPR Affects In-App AdvertisingGo to article >>

Although Grupo XP is less than enthused to be advancing into the crypto space, it is doing so at a time when Brazil is experiencing an explosion in the popularity of cryptocurrencies. At the moment, investors have five times more exposure to Bitcoin as they do stocks, Benchimol said. This popularity is pushing traditional exchanges, such as Grupo XP, to advance into this market.

At the event, Benchimol noted that Grupo XP wanted to have 1 trillion reais ($245 billion) under custody by 2020. This is four times the amount that it expects to have by the end of this year. He also noted that the company plans to launch a bank in the upcoming months.

Brazil is strengthening its crypto regulations

The announcement from Benchimol coincides with the government of Brazil offering a regulatory framework, which outlines the tax laws, surrounding cryptocurrencies last week. The Securities and Exchange Commission of Brazil (CVM) offered this guidance to fund managers who are looking at adding cryptocurrencies to their portfolios.

The Administrative Council for Economic Defense (CADE) of Brazil also began an investigation into six large national banks last week. This is in relation to alleged monopolistic practices in the cryptocurrency industry.

The use of mobile phones and smart devices has increased in the last decade at a fast pace. Today’s generations...