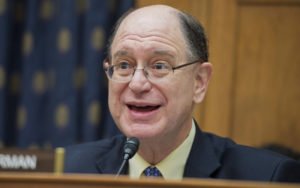 Bitcoin price came off its more than 12-month high to drop 2 percent May 29 but traders and analysts alike are proving the BTC bull-run is anything but over.

Data from cryptocurrency exchange Bitstamp showed Bitcoin circling $8540 Wednesday, having reached as high as $8908 earlier in the week.

The new heights, even taking into account the more recent leveling off, puts BTC at its highest against the US dollar since mid-May 2018.

Since the start of this month, BTC/USD 00 has gained a giant 65 percent, while three-month yields are topping 125 percent. 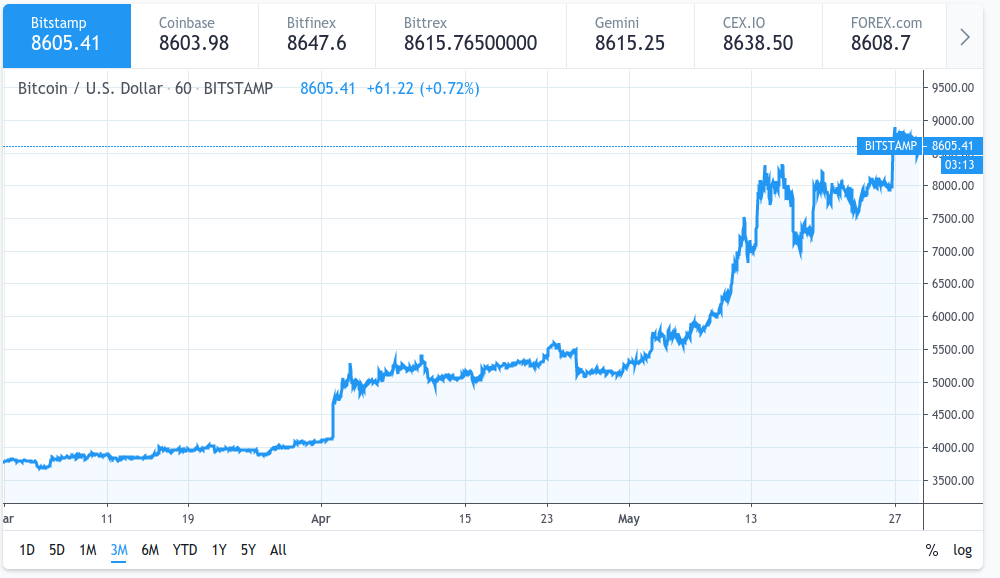 Unsurprisingly, commentators thus remain highly bullish on the near-term future of Bitcoin. Anything – from dissatisfaction with fiat currency to high-profile naysayers calling for a ‘ban’ – could now be having the opposite effect on public sentiment.

In particular, the infamous speech given by Republican senator Brad Sherman on May 9 is now gaining fresh ridicule as his demands for a Bitcoin ban were met with an almost 50 percent price surge.

“There has never been a better bitcoin advertisement than this clip,” developer Matt Odell summarized on Twitter Tuesday.

Elsewhere, data continues to speak for itself. The Grayscale Bitcoin Trust (GBTC), experiencing a renaissance of its own in the current bull market, currently trades with an implied Bitcoin price of $11,440 – a full 34 percent higher than Bitstamp and other exchanges.

Institutional interest – increasingly referred to as institutional ‘FOMO’ – has formed a major area of interest among the crypto community, with participants querying the full potential of largsescale investment products to boost Bitcoin price.

Some claim that the kind of interaction with the market such investors will mostly have – non-custodial – as more products launch will not present Bitcoin’s values in the best light.

For others, it is just this kind of market expansion which Bitcoin needs to gain leverage with the public and with regulators.

“I think it’s going to be hard, if JPMorgan and Facebook now have a coin, how’s the regulator going to show that JPMorgan we like but Bitcoin 00 and Ethereum 00 we don’t like – and we like Facebook?” BitPay senior executive Sonny Singh told Bloomberg Wednesday.

As Bitcoinist reported, it is not just the US and its regulatory apparatus which is paying attention to Bitcoin again this year. 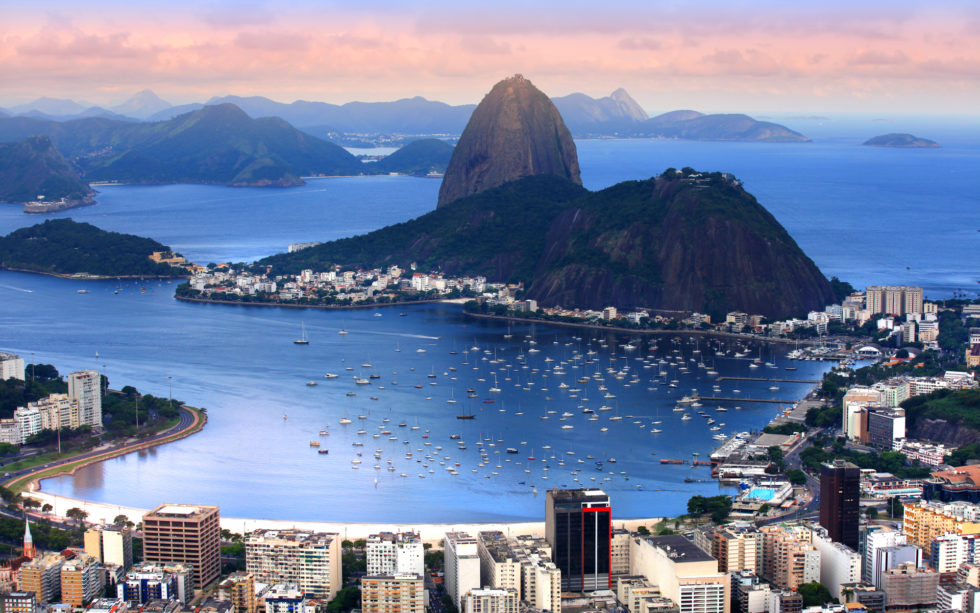 According to statistics from Google, it is other jurisdictions making up the most avid ‘FOMO’ audience worldwide, as varied as Brazil and Germany.

Overall, however, interest remains low compared to 2017, suggesting that for all the momentum gained in the past two months, the excitement from the mainstream is only just beginning.

What do you think about the Bitcoin price on exchanges and via GBTC? Let us know in the comments below!

The post BTC Price Up Nearly 50% Since US Congressman Urged to ‘Ban Bitcoin’ appeared first on Bitcoinist.com.

The Bitcoin price (BTC/USD) has seen a sizable correction after it set a new 2019 high on Monday. The original...