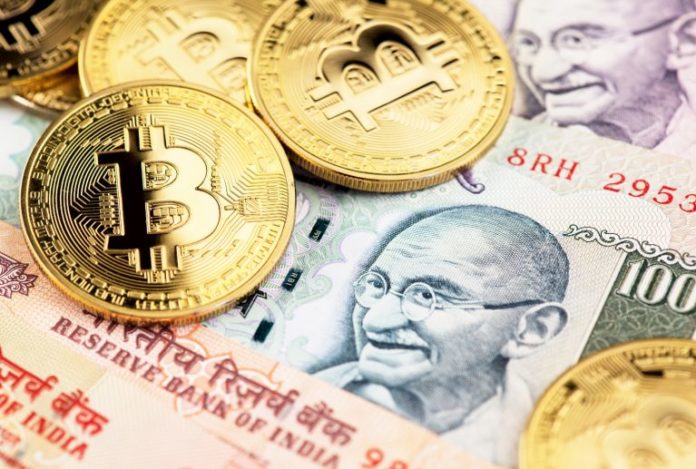 Ever since the supreme court quashed the banking restriction imposed by the central bank, interest in cryptocurrency has been rising in India, including on peer-to-peer (P2P) marketplaces. The local crypto community is growing despite the nationwide lockdown and rising covid-19 threat.

Established P2P marketplaces, such as Localbitcoins and Paxful, allow Indians to buy and sell BTC for INR. Paxful, in particular, has been focusing on growing its Indian operations. According to data on Coin Dance, Indian trading volume on the platform has been steadily increasing over the years, with 132 BTC traded in the week ending April 4, a 408% year-on-year increase from the 26 BTC traded on the platform in the same time period last year. For the week ending March 28, the trading volume on the platform was 113 BTC. The company additionally revealed last week that its trade volume in January was over $3 million. “Paxful gets 1000’s of bitcoin buyers from India every day,” its website claims.

The top payment methods for Indian users on the marketplace are IMPS transfer, UPI transfer, Paytm online wallet, Phonepe, BHIM, and bank transfer. Users can buy bitcoin by browsing seller listings, which detail accepted payment methods and specific rules. Localbitcoins is another long-standing P2P marketplace where users can buy and sell BTC for INR. For the week ending April 4, 129 BTC were traded on Localbitcoins and 132 BTC the previous week.

Anyone looking to buy or sell bitcoin cash (BCH) can do so on local.Bitcoin.com, a P2P marketplace where users can buy and sell BCH for INR.

There is also a new P2P bitcoin marketplace for Indian users called Bitbuddy, created by Jaipur-based startup Asachs Softwares Private Ltd. The platform announced its launch in India on Tuesday, according to local media. The app, available for both iOS and Android devices, has been around since late last year but it was recently updated. During the introductory period, the company has waived some fees. The app has mixed reviews, however, with a few unhappy users. Anyone looking to use this platform, or any other P2P marketplace, must do their own due diligence.

Besides using P2P marketplaces, Indians can also buy and sell BTC on regular crypto exchanges, some of which have recently cut their fees. Several crypto exchanges are seeing higher trade volumes and signups during the lockdown.

How Indians Are Buying Cryptocurrencies

Paxful recently conducted a survey of about 500 adults between the ages of 18 and 55 in India to assess their knowledge and understanding of cryptocurrency. According to the results published last week, 93.8% of respondents said that they invested in cryptocurrencies prior to the supreme court lifting the ban by the Reserve Bank of India (RBI). The central bank issued a circular in April 2018, banning banks from providing services to crypto businesses. After almost two years, the supreme court finally quashed the ban.

The survey results also show that 64.8% of participants believe cryptocurrency paves the path towards financial freedom. Many also call for regulation; respondents say KYC (75.6%) and crypto regulatory framework (58.6%) are the most important factors for the continued success of the crypto sector in India.

Furthermore, 90.67% of respondents said they invested in BTC, 44.27% in ETH, and 1.6% in other cryptocurrencies. Most of them (56.8%) invested during 2018-2019. As for what benefits they think cryptocurrency offers, 75.8% said the main benefit of cryptocurrency is the ease of transfer while 65.8% said better privacy and security. Paxful commented last week after releasing the survey results:

The ability to freely trade digital currencies in India has brought immense potential to the ecosystem and the country itself with the bulk of survey respondents believing heavily in the benefits of crypto.

Do you prefer buying bitcoin from a P2P marketplace or a crypto exchange? Let us know in the comments section below.

The BCH halving hasn’t gone well for Bitcoin Cash so far. Massive miner capitulation has seen it give up hash...