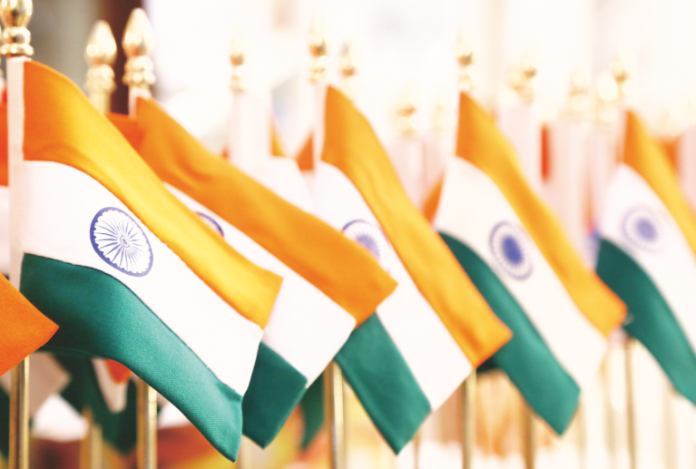 Ever since India’s Ministry of Finance released the long-awaited crypto report including the draft bill to ban cryptocurrencies, the Indian crypto community has ramped up its efforts to influence the government’s final decision.

“Different parts of the crypto community has been trying to make the government officials aware of the benefits of crypto from the last 24 months or more,” Nischal Shetty, CEO of local crypto exchange Wazirx, told news.Bitcoin.com. However, he said “the flawed crypto report suggests that the inputs from the community were never taken into account while preparing the report,” emphasizing that “Now, the entire crypto community of India is coming together and going in harder than before.” The CEO detailed:

We’re going to reach out to our elected members of parliament in India as they will be the final authorities to decide whether this report should be adopted. “We want to ensure our ministers hear us out and understand that the report is flawed in multiple ways including the simple fact that it does not even classify crypto into assets, utilities and securities,” he continued.

There are many areas in the report that suggest that the committee either did not understand the fundamental concept of cryptocurrency or did not do enough research before producing the report and the draft bill. Shetty opined:

The committee claims to have studied how some countries (Russia, China, Switzerland, Thailand, Japan, the U.S., and Canada) treat crypto assets. With regard to banning, the report says cryptocurrency is “completely banned” in China. However, Shetty reiterated that holding crypto is not banned there and a Chinese court recently recognized bitcoin as virtual property. In addition, Bank of China, one of the country’s biggest state-owned commercial banks, published an infographic on July 26 about bitcoin, how it works, and why the price is going up; the cryptosphere views this move as bullish.

Further, the crypto report being examined by the Indian government is dated Feb. 28, even though it was released to the public on July 22. Many believe that the committee should have taken into consideration some recent developments such as the G20 summit and the crypto standards released by the Financial Action Task Force (FATF). India and other G20 nations have declared their commitments to applying the FATF standards.

Shetty additionally shared with news.Bitcoin.com details of a number of initiatives brewing within the Indian community to help the government understand crypto. The community hopes to convince the government to introduce positive regulations instead of adopting the bill to ban cryptocurrencies.

He explained that the community is planning a campaign for Indians to write physical letters to their prime minister and finance minister, adding:

We’re trying to get in-person meetings with our elected representatives in parliament. He is also appealing to local and international media to help give voice to this issue. “India is the largest democracy in the world and banning crypto would undermine all the innovation that crypto has done for this world,” the CEO opined. “We’re also open to suggestions and feedback from people of India as well as internationally on how to ensure India positively regulates crypto.”

Shetty has been actively running a Twitter campaign calling for positive crypto regulation in India. It has been 270 days since the start of his campaign.

In addition, the community is fighting the banking restriction imposed by the Reserve Bank of India (RBI). The central bank issued a circular in April last year banning regulated financial institutions from providing services to crypto businesses. In response, a number of industry participants filed writ petitions challenging the ban, which the supreme court is scheduled to hear during the case this week after repeatedly postponing it.

Crypto Not Banned, but There Is a Ban Proposal

While the Indian government has not made its final decision on what to do with cryptocurrency, it has confirmed that crypto is currently not banned. The aforementioned draft bill is, however, a proposal to do so, which the Ministry of Finance revealed on July 22 as being examined “in consultation with all the concerned departments and regulatory authorities before the government takes a final decision.”

The proposal was submitted by the interministerial committee constituted on Nov. 2, 2017, under the chairmanship of former Secretary of Department of Economic Affairs (DEA) Subhash Chandra Garg, to study all aspects of cryptocurrency and provide recommendations. According to the proposal:

The committee recommends that all private cryptocurrencies, except any cryptocurrency issued by the state, be banned in India.

Two days after the report was released, Indian Prime Minister Narendra Modi, on July 24, reshuffled top-level bureaucrats. Garg was replaced by Public Asset Management Secretary Atanu Chakraborty as the new DEA Secretary and reappointed as the Secretary of the Power Ministry. On July 25, Garg tweeted that he had applied for voluntary retirement, effective Oct. 31. Comments flooded his announcement tweet, as many crypto enthusiasts in India expressed their joy at his departure.

Prior to the publication of the committee’s report and draft bill, various industry participants had made efforts to help the Indian government better understand cryptocurrency.

The Ministry of Finance invited lawyers from Nishith Desai Associates earlier this year to present their suggestions for India’s crypto regulation. The lawyers proposed a balanced approach, emphasized “Regulation not prohibition,” and suggested a number of ways to license crypto businesses. They believe that “An outright ban on crypto-asset activity should not be considered for several reasons,” noting:

History has taught us that such technologies [blockchain] should be regulated and not banned, since banning is likely to be counter-productive and may also suffer from legal infirmities. Sandeep Goenka, co-founder of Zebpay, formerly one of the largest crypto exchanges in India, recently shared a list of efforts he participated in between March 2017 and April 2018 “to educate the government why bitcoin would greatly benefit India.” He met with officials from various ministries including the Ministry of Finance, the Ministry of Electronics and Information Technology, Niti Aayog, the Institute of Chartered Accountants of India, the Institute for Development and Research in Banking Technology, the Ministry of Home Affairs, the Financial Intelligence Unit, the RBI, and the Securities and Exchange Board of India.

We have provided our recommendations to be considered by the concerned authorities in designing a regulatory framework that helps cater to the innovation in the industry and helps it grow towards adding value to the economy of India.

Among the suggestions is for the term cryptocurrency to be “defined authoritatively,” as event participants believe that it is essential to distinguish cryptocurrencies from “virtual currencies” since the latter includes a larger array of products and digital assets.

Another recommendation is for the government to mandate crypto exchange compliance with a number of measures including consumer protection, transparency, anti-money laundering and countering financial terrorism. There is also a self-regulatory suggestion. Crypto exchanges in India could formulate an industry-wide self-regulatory framework of best practices for all exchanges to follow, the report conveys. Moreover, crypto trading could be “limited only to whitelisted addresses held by consumers,” while measures to reduce risks to uses of exchange hacks could also be implemented.

What do you think of the Indian community’s efforts? Do you think the government will listen to them? Let us know in the comments section below.

Draft legislation from Australia’s Department of Treasury has proposed limits on cash payments exceeding $10,000. Interestingly, cryptocurrency is not negatively...