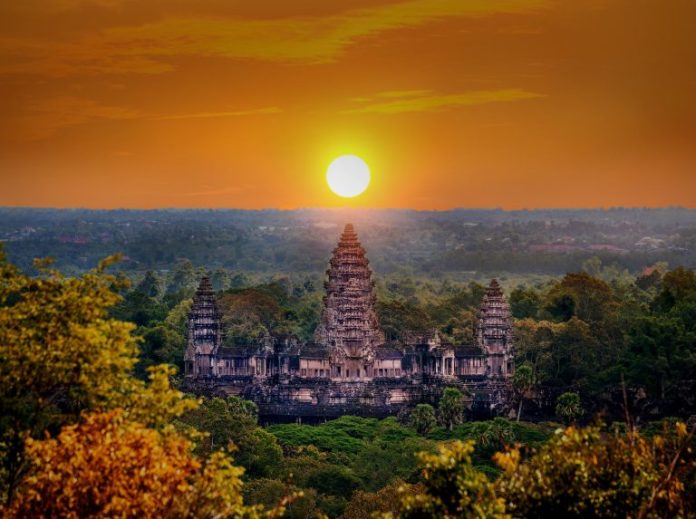 With China still in the lead, other countries are advancing their projects to develop payment systems around central bank digital currencies (CBDCs). Cambodia, for example, has recently revealed it will mint its own coin within months. The news comes as more details about the digital Chinese yuan indicate its main purpose will be to substitute cash in a system that provides “controlled anonymity.”

Cambodia Becomes the Next State With Own Coin in the Works

Cambodia will issue the government-backed crypto to fuel what has been presented as “a blockchain-based, peer-to-peer payment and money transfer platform.” Named ‘Project Bakong,’ the system is supposed to go live in the next few months, Phnom Penh Post reported, as it already has the support of 11 banks and more are expected to join in the near future.

Chea Serey, director-general of the National Bank of Cambodia (NBC), told the daily that the Bakong commenced in July, 2019. She insisted that the scheme will be operational within the current fiscal quarter. While the newspaper describes it as “a quasi-form of a central bank digital currency,” the central bank official stated that it will be the “national payment gateway for Cambodia.” Serey elaborated:

Bakong will play a central role in bringing all players in the payment space in Cambodia under the same platform, making it easy for end-users to pay each other regardless of the institutions they bank with. Eventually, we hope to allow cross border payment through the Bakong system too.

One of the private banks helping the project, Phnom Penh Commercial Bank (PPCB), has been working to deploy the new system at all of its branches. In comparison with traditional payment and money transfer options such as credit cards and mobile platforms, Bakong is cheaper and more convenient, PPCB President Shin Chang Moo noted.

The banker also commented on concerns that financial institutions like his might lose market share to Bakong. He believes that in the long run the project will facilitate the establishment of more inclusive financial ecosystems that will be beneficial for all stakeholders in the industry. Cambodia’s financial sector is still relatively immature in terms of number of service providers and users, he remarked.

Chang Moo made a clear distinction between Bakong and permissionless decentralized cryptocurrencies like bitcoin – the Cambodian digital currency project is a closed system backed by the country’s banks and financial authorities, which leaves no room for speculation. He also revealed that the Bakong wallets will be linked to bank accounts allowing users to exchange their digital coins for the nation’s fiat currency. “All the transactions will be done on a real-time basis with the records stored safely at NBC,” the banker said, adding that other central banks are likely to develop similar systems.

Other governments and regulators have been paying attention to the accelerating developments in the field of CBDCs. These include much more developed economies and financial systems such as Japan. Although Tokyo has no immediate plans to issue a digital currency, the Bank of Japan (BOJ) Deputy Governor Masayoshi Amamiya recently stated that the institution must nevertheless be ready to do so. Amamiya was quoted by Reuters saying:

The speed of technical innovation is very fast. Depending on how things unfold in the world of settlement systems, public demand for CBDCs could soar in Japan.

But if Japan is still on the sidelines and Cambodia has only recently entered the digital currency race, China has been Asia’s leader in terms of progress towards actually issuing a CBDC. It started working on one about five years ago and stepped up its efforts after the announcement of private projects such as Facebook’s Libra. Although no timeframe has been announced for the anticipated launch, the People’s Bank of China (PBOC) is preparing to begin trials of the digital yuan with the participation of four state-owned commercial banks and three telecom operators.

The goals of those behind such projects may be quite different. In countries where governments have continued to suppress interest rates as an anti-crisis measure, digital currencies can make it easier for central banks to introduce and maintain negative deposit rates. Limiting cash in circulation may be another prime objective as authorities are targeting tax evasion, money laundering and other illicit activities while limiting financial privacy.

An analysis published by the Chinese company Huatai Securities reveals more details about the Digital Currency Electronic Payment (DCEP) system which China is now finalizing. It’s become obvious that unlike decentralized cryptocurrencies, DCEP will operate in a centralized environment managed by the PBOC. Its “legally encrypted” currency will be a digital form of the renminbi (RMB). Unlike electronic payments based on platforms such as Alipay, which digitize money in the existing commercial bank account system, M1 and M2 money supply, the digital yuan aims to replace banknotes and coins, or the narrowest money supply type, M0. To achieve that, DCEP will also support offline transactions.

The digital yuan will be distributed through a two-tier system. The central bank will issue the currency to commercial banks against their reserves and then provide it to the public. Compared to the traditional fiat system, DCEP will offer the Beijing government and the Chinese central bank greater controls over all transactions, which is impossible with paper cash. As a substitute for cash, the CBDC will share characteristics with both paper currency and digital fiat currency. For example, the digital yuan is supposed to ensure what the report describes as “controlled anonymity of transactions.”

The current electronic payment methods such as bank cards and third-party payment platforms are tightly linked to real-name bank accounts, the authors explain. The DCEP system will transfer value without going through bank accounts. The central bank will have access to transaction data and can trace the digital currency sources using big data analysis, but commercial banks and merchants won’t be able to obtain that information. Individuals and businesses will open digital wallets through commercial banks and deposits and withdrawals will require a corresponding bank account. Similar to paper money, however, transfers between users won’t involve a link between their bank accounts and the network.

Digital yuan transactions will be processed through a centralized ledger. The DCEP consists of a central bank digital currency system which issues the coin and registers ownership, commercial bank digital currency systems performing banking functions, and a system providing authentication for the interaction between the central bank, commercial banks, and payment terminals.

What is your opinion about the race between governments to issue sovereign digital currencies? Share your thoughts on the subject in the comments section below.