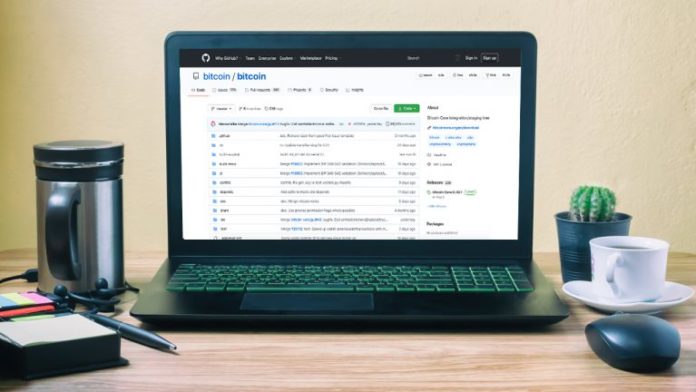 On October 23, the Microsoft-owned Github leveraged an ostensible DMCA takedown in order to remove 18 projects from the code-hosting portal. According to sources, the takedown stemmed from a request filed by the Recording Industry Association of America (RIAA). Github’s recent move has made the crypto community quite leery of the platform and some proponents are scared that cryptocurrency codebases like Bitcoin’s can be taken down by government forces.

This week the RIAA got the Microsoft-owned Github to remove a number of projects from the code-hosting portal. The code repositories removed stem from a project called the Youtube-dl protocol. The software is a Python library that allows people to download source files from the video-streaming platform Youtube.

Prior to the removal, the Python-library Youtube-dl had over 72,000 stars on the repository platform. Github published the reasons behind the DMCA takedown but some people contested whether or not it was real. For instance, the legal director, John Bergmayer, claimed it “isn’t really a DMCA request.”

“I don’t see an assertion that Youtube-dl is an infringing work. Rather the claim is that it’s illegal per se,” Bergmayer wrote on Twitter. In addition to Bergmayer’s statements, the Electronic Frontier Foundation (EFF) also tweeted about Github complying with the RIAA.

“Youtube-dl is a legitimate tool with a world of lawful uses,” the EFF detailed. “Demanding its removal from Github is a disappointing and counterproductive move by the RIAA.”

Github’s move has caused concern among many cryptocurrency advocates as a number of bitcoin proponents have been discussing the situation. On October 24, Sideshift.ai founder Andreas Brekken tweeted: “The threat is real,” after sharing a tweet Pierre Rochard wrote to his followers on September 9, 2020.

“I would not be surprised if central banks pressure Github into delisting the bitcoin/bitcoin repository,” Rochard exclaimed well over a month and a half ago. “Development work would go on, but it would be far slower and more decentralized,” he added.

Of course, after Github removed Youtube-dl, a number of other crypto advocates discussed the possibilities of crypto repositories being removed and what types of alternatives are available. Software developer Chris Troutner replied to Brekken’s threat tweet and explained how he backs up his code.

“This is why I mirror my GitHub repositories on IPFS. This is why I back up my YouTube videos on LBRY and IPFS.” Others discussed using alternatives like Gitlab as the Youtube-dl project already has a back-up on the code-hosting portal.

“Shame an open-source tool that does not use proprietary code get’s a DMCA notice,” tweeted another individual. “Code is not free if it’s on Github.” A few other crypto users suggested that Filecoin devs should “should focus on building a decentralized github.” “Open source code is crucial and text is easy to compress and doesn’t consume storage,” he added.

The Youtube-dl DMCA takedown, however, does not concern everyone and it follows the recent Arctic permafrost project Github participated in recently. According to Github, the Bitcoin codebase will be stored for 1,000 years as Archivists etched the blockchain network’s code on film reels and encased the codebase in a steel capsule.

What do you think about bitcoiners concerns about Github’s centralization? Let us know what you think in the comments section below.

Ethereum has stalled after hitting the pivotal highs of $420 earlier this week. The coin now trades for $408, failing...