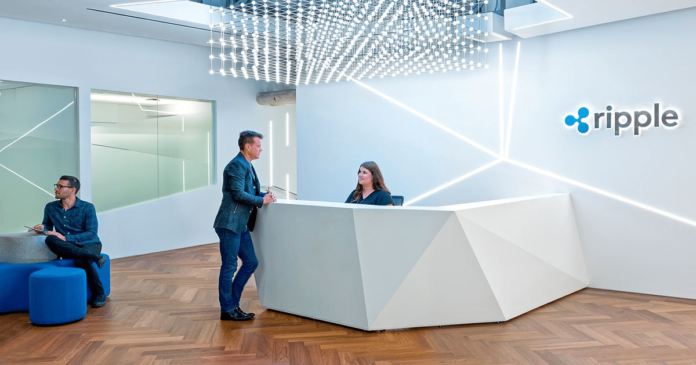 Facebook’s highly secretive Libra Project has been making headlines lately due to the immense potential it holds to disrupt both the international remittance market and the cryptocurrency sector.

While some analysts believe that the project will bring greater credence to the crypto industry, others are more skeptical about the latest move by FB given the firm’s past disreputable data collection practices.

Facebook will reportedly release its GlobalCoin whitepaper sometime this month. This is according to Laura McCracken, the head of the company’s Financial Services & Payment Partnerships division in Europe.

Speaking to the German magazine, WirtschaftsWoche, she recently revealed that the coin’s value will be appended to a couple of major fiat currencies including the U.S. dollar to prevent significant price fluctuations as is typical of other decentralized cryptocurrencies.

It is expected that FB’s past controversial data privacy issues are going to be an area of concern for lawmakers, users, and crypto industry stakeholders once the project is launched.

The U.S. Senate Banking Committee has already called upon Facebook CEO Mark Zuckerberg to explain the nature of the crypto venture. He has also been asked to outline his company’s plans to ensure consumer data protection.

Ever since the Cambridge Analytica scandal came to light there has been speculation that the company which also owns WhatsApp and Instagram will attempt to grow its financial info-hoarding portfolio using the new cryptocurrency project.

Facebook alone already has over 2.3 billion users according to data compiled by Statista. Combined, its three platforms have over 3 billion users. This gives the company an unparalleled reach in the social media world and the potential to collect data on a grand scale.

Decentralization is a distinctive feature of blockchain networks. This basic attribute allows for the democratization of cryptocurrency systems. Going by the latest reports, however, the Facebook Libra Project is likely to be incredibly centralized with FB directly determining who processes payments and who does not.

That said, however, even BTC has failed to remain completely decentralized. It is estimated that about 40 percent of all bitcoins in circulation is held by approximately 1,000 individuals. The centralization of asset ownership has allowed cliques of crypto whales to dictate market shifts through a series of manipulative buy and sell moves.

Facebook’s stablecoin is likely to gain tremendous followership thanks to its market reach.  According to cryptocurrency market analyst Max Keiser, there is a strong likelihood that the coin’s foray will lead to a wave of crypto annihilations. He has singled out XRP and its ilk among coins that are most likely to face extinction after the FB digital currency is launched declaring “an apocalypse is nigh”.

XRP and its underlying network have grown tremendously in recent years. Its protocol has been developed for easy integration into international institutional money transfer systems. The Ripple platform is currently being marketed as an easier, faster, and cheaper way to make cross-border payments when compared to conventional systems.

Back to the researcher, he believes that there will be a massacre of smaller coins that will force more altcoin users to shift to major tokenized currencies such as Bitcoin, subsequently increasing its value.

The Ripple platform is currently being marketed as an easier, faster, and cheaper way to make cross-border payments when compared to conventional systems. (Image Credit: Ripple)

It is at this juncture important to note that XRP and the much awaited GlobalCoin are noticeably different. Facebook’s digital currency is designed to be used by the masses while Ripple’s platform which also utilizes its tokenized coin alongside other currencies caters to major financial institutions that wish to source liquidity and execute cross-border payments easily and at a minimal cost.

This use-case alone is likely to shield the Ripple-backed cryptocurrency from a GlobalCoin induced devastation. Another major disparity is that XRP’s value fluctuates wildly because it’s not tethered to any currency. Facebook’s cryptocurrency, on the other hand, is a basketcoin, meaning its price will be determined by a couple of major fiat currencies.

These differences mean that the two digital coins are unlikely to clash to a point of extinction. One is designed for crypto investors and created to be used as a store of value while the other is set up as a stable cryptocurrency for making payments.

Rather than go up against long-time market movers such as PayPal, Facebook has apparently chosen to join forces with the company and other payment processing firms, including MasterCard and Visa.

According to a report published by the Wall Street Journal, FB already has about a dozen institutional backers and they include the aforementioned firms as well as Uber, Booking.com and, MercadoLibre, an Argentine e-commerce site. The consortium of backers is reportedly dubbed the Libra Association.

The WSJ report also notes that Facebook employees currently working on the project already have the option to receive payment in its GlobalCoin.

According to a previous report published by The Information, the social media giant has been holding talks with third party companies interested in processing its cryptocurrency for some time now.

There is, however, a $10 million fee for companies looking to participate in the project. Many of them will be involved in the processing of payments in a distributed node setup.

Facebook is allegedly looking to have about 100 processing nodes operated by external firms. The strategy is likely to net the company about $1 billion in venture capital that is bound to be funneled back into the development of the project. FB also intends to have ATM machines installed in major market domains across the world.

The post Can the Facebook (FB) Coin Really Disrupt the Crypto and Remittance Markets appeared first on CoinCentral.