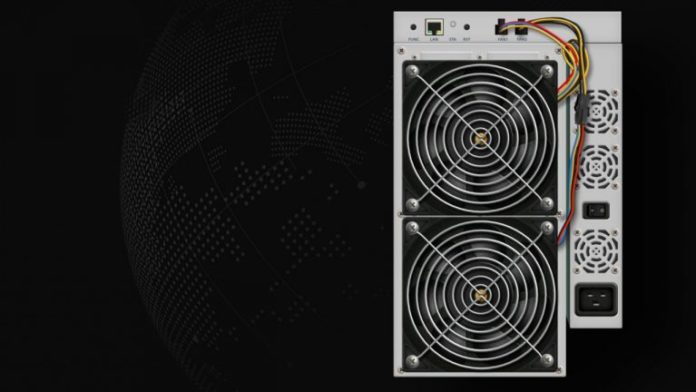 Bitcoin mining rig manufacturer Canaan Creative reported a net loss of $5.6 million for the first quarter of 2020, down from $9.5 million a year earlier.

The Chinese company cut prices of its ASIC-based machines by over 50% in an effort to improve sales, but that wasn’t enough to prevent the heavy loss. Demand slumped as the coronavirus pandemic, which disrupted the movement of goods worldwide, took its toll.

For the period January to March, revenue climbed 45% to $9.4 million from $6.6 million the previous year, driven by a 19% increase in total computing power sold.

According to Canaan’s earnings release published on Friday, the firm sold 0.9 million terahash per second (TH/s) of Bitcoin hashpower, up from 0.7 million TH/s in the same period in 2019. This year’s terahash sales account for about 1% of the BTC network’s current total.

Canaan chief executive officer Zhang Nangeng told analysts in an earnings call that: “The overall market situation since December last year until January had not been too good. So the unit price per TH/s was indeed lower.” He added:

And the logistics in mainland China had basically stopped around the Chinese new year due to the Covid-19 pandemic. So even though bitcoin’s price was at a higher point in February and early March, the pandemic largely affected our sales.

In the review quarter, research and development expenses rose to $5.9 million from $4.38 million previously, said the firm. Canaan reported cash and cash equivalents of $37.3 million for the March quarter, down from $72.3 million at the end of December last year.

Canaan, which has a market value of $603 million, did not issue second-quarter forecasts citing the uncertainty created by the coronavirus and the recent third halving of Bitcoin.

What do you think about Canaan’s financial results? Let us know in the comments section below.

It’s been a tough week for all cryptocurrencies, Ethereum included. Investors at the start of this week were expecting this...