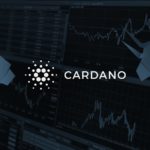 Today we will be examining the past price trends and upcoming developments of the ADA cryptocurrency in order to develop a Cardano price prediction for October 2019.

ADA is the native cryptocurrency of the Cardano blockchain platform, which facilitates fast transfers of digital funds by using secure and scalable technology.

The platform describes itself as the first blockchain to have been created by academic scholars and researchers based on scientific philosophy. Built with Haskell programming language, the platform is structured in layers that allow developers to perform soft fork upgrades with great ease.

Cardano also supports the creation and deployment of decentralized applications and services. Their blockchain system has also been the first to be implemented in fields such as aerospace and banking applications.

October 6 had a rather optimistic start, as it opened the day at $0.0405, managing to climb back up to $0.0412 levels, and closing the day at $0.0392. The next day, the price started at $0.0392, with some minor slumps at the beginning of the day, but managed to gain some momentum towards the end and closed at $0.0417. The Cardano price prediction at that time forecasted that if ADA broke the $0.04 resistance levels, a bullish trend would follow for the coin. This turned out to be somewhat true, as ADA went on making some gains in the following days.

October 14th had a trading price of $0.0415, with positive movements throughout the day, the maximum and minimum prices being $0.0432 and $0.0412, respectively. But the trading volumes still remained low, which made it improbable that it would see another significant rise too soon. The coin ended the day at $0.0420.

Our Cardano price prediction will go on to focus on ADA’s correlation with Bitcoin and how it will affect its price. Most Altcoins, including Cardano, are not paired against fiat currencies (and only a select few are paired with USD-pegged stablecoins), which leaves Bitcoin as the best option.

As a result, when Bitcoin’s price follows a stable movement, it becomes the perfect base currency for buying Altcoins.

For most of its market history, ADA has had a correlation coefficient of 0.90+, hovering around 0 values for a small period of time as ADA couldn’t keep up with Bitcoin’s sudden price upswings.

Cardano has a very busy roadmap ahead, with many new developments and implementations to come. It will soon complete the launch of their incentivized testnet for Shelley, which went live back in June. Shelley is Cardano’s second phase from its roadmap, an implementation that will make the blockchain truly decentralized. ADA is now in the Byron phase, which is still in the process of improving and identifying code bugs.

The Shelley testnet offers real incentives such as staking and delegation rewards to encourage more developers to participate. After the Shelley phase is done, ADA aims to implement Cardano Improvement Proposals or CIPs with an in-built voting system.

This October, the team has revealed that they have finished working on their Cardano wallet’s “Newsfeed” feature, as well as the final adoption for the Cardano 1.7.0 release. They also stated that they have been developing V2 API integration and remodeled parts of the Cardano JavaScript SDK for the enablement of Shelley functions.

The development team is very active with its implementations, and it also has a strong presence in the community and on social media, factors which have to be considered when making a Cardano price prediction.

Several crypto forecasting sites have made their own Cardano price prediction for the month of October. Below are some of the forecasts we have gathered from the online space:

Randforecast has made a Cardano price prediction for every day of the month of October. The site predicts that ADA will have a beginning price of 0.0393 USD, with the highest price estimated at 0.0447, and the lowest at 0.033. The forecasted average price is the same as the beginning price, 0.0393, and they predict ADA will close the month at 0.0387, change for October -1.7%.

Audtoday also made ADA price forecasts for all of the days of October 2019. They predict that the beginning price of ADA will be 0.0404 USD, which will also be the average and closing price of the crypto, change for October 0.0%. All in all, Audtoday predicts a pretty stable month for Cardano.

With this, we conclude our October price prediction for the ADA cryptocurrency. We hope that the information we have provided in this article will be of help to you and your future trading endeavors.

No, Pepsi’s ‘Pepcoin’ Is Not a New Cryptocurrency

Many people believe that one of the main drivers for mass adoption is major corporations launching their own cryptocurrencies. But...