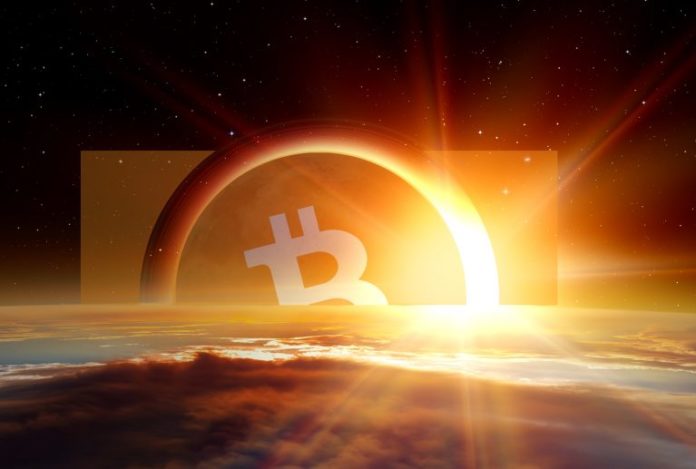 The Bitcoin Cash (BCH) network has seen a lot of development in 2019, but two projects in particular have shined brightly throughout the year. The growth of the Simple Ledger Protocol (SLP) universe has been vast and there are thousands of SLP tokens out there today. Additionally, the BCH mixing application Cashshuffle has seen significant traction as users have shuffled 194,000 BCH ($38 million) since the official release in March.

The Growth of the Simple Ledger Protocol in 2019

Two specific areas within the Bitcoin Cash (BCH) environment have grown quite robust in 2019 and it doesn’t seem like things will slow down. Overall, developers who have contributed to the network have accomplished a lot this year, including two successful upgrades. Throughout the year of building, the Simple Ledger Protocol (SLP) has thrived and innovations will likely continue into the new year.

On December 16, the programmers behind the SLP framework wrote a blog post that gives a comprehensive overview of the SLP landscape in 2019. “Due to Simple Ledger Protocol’s ease of use and a wide variety of applications such as virtual gaming assets, licenses, digital media rights, gift cards, and company stock shares, it has found great success among a growing community,” the blog post hosted on simpleledger.cash details. It adds:

Over the past year, SLP has truly lived up to its claim as being the simplest, fastest, and most liberating token system in existence.

The SLP blog post notes that the token system “has found great success” within the BCH community and it mentions programmers who helped get the project going including the original contributors Jonald Fyookball, James Cramer, Unwriter, Mark B. Lundeberg, Calin Culianu, and Ryan X. Charles. Additionally, the post says that the community should check out the first SLP developer meeting which included software engineers like Tobias Ruck, Chris Troutner, James Cramer, Drew Davis, Vin Armani, and Mark Lundeberg. One of the first contributions toward broadening the SLP ecosystem was the introduction of the SLP-based Electron Cash (EC) wallet. The team’s memoir explains that the EC wallet was followed by a growing list of other noncustodial SLP wallets.

Other notable milestones the team witnessed included the passing of the SLP Torch on social media and SLP gaming concepts like Loderunner and the Realmx sandbox. Then in June, SLP community members saw the creation of the first stablecoin called honestcoin (USDH). Many BCH proponents are supportive of a strong stablecoin built alongside the BCH network. Another great achievement was the introduction of SLP-based non-fungible tokens. “In July, SLP developers revealed a new specification, which extended the SLP token type 1 protocol allowing for the creation of non-fungible tokens that can be grouped together using a single ID,” the blog post highlights. “The newly designed NFT1 concept opened the doors to even more token ideas created on top of the BCH network such as onchain raffles, lotteries, event tickets, distinct collectible tokens or sets of rare SLP coins.” The team also underlined the creation of Bitcoin.com’s SLP Dividend Calculator. “The new platform allows users to build a transaction to make dividend payments to any Simple Ledger Protocol (SLP) token holder,” the SLP article stresses.

Moreover, the team of SLP developers noticed innovations like the SLP Token Postage Protocol, loyalty rewards from Honey Points and Toba Electric Bikes, adoption from governments like Liberland and the city of Dublin, Ohio, and the first SLP token virtual hackathon. “Ultimately, the future of SLP replies on the community of developers and early adopters to ensure its continued growth,” the SLP 2019 review concluded. “To help foster this, we are dedicated to continuing our development and community building efforts by helping to build on the foundations of SLP as well as publishing information and resources to educate developers and promote the growth of the SLP ecosystem.”

Another big trend within the BCH ecosystem is the use of the bitcoin cash mixing application Cashshuffle. The program was officially launched at the end of March but developers and users tested the framework with an early version plugin and the EC wallet. Since March, the wallet has included Cashshuffle by default and users can mix coins within the wallet’s interface. Over the last nine months, BCH supporters have shuffled 194,273 BCH ($38 million). That’s a grand total of 38,546 successful shuffles that have enhanced BCH user privacy. In August, news.Bitcoin.com published a step-by-step guide on how to shuffle BCH with Cashshuffle in order to obfuscate the origins of your UTXOs.

In addition to the growing community of people shuffling coins on a daily basis, especially on ‘Shuffle Saturdays,’ BCH users look forward to the Cashfusion protocol. Cashshuffle adds a decent amount of privacy to BCH transactions but Cashfusion adds an extra layer of privacy to the operation. Essentially, Cashshuffle mixes coins but if they are consolidated into a single address, there’s a chance blockchain analysis can find some traces to the original addresses.

“With Cashfusion, the new scheme is not only more secure, but allows basically any number of inputs and outputs of any amounts — This means it can offer high levels of privacy with unlinkable coins,” EC wallet developer Jonald Fyookball asserted in July. Then in November, Fyookball told the public Cashfusion was already working behind the scenes and beta software is on its way.

On December 19, the lead developer of the BTC mixing wallet Wasabi complimented the Cashfusion framework. “Cashfusion gives me goosebumps — It reminds me of the Knapsack paper,” the Wasabi developer tweeted. The number of BCH users leveraging Cashshuffle shows that the Bitcoin Cash community enjoys privacy and many people want to improve BCH fungibility. Both the Simple Ledger Protocol and the Cashshuffle project have jumped leaps and bounds this year and it will be interesting to see the innovations that stem from both of these protocols in 2020.

Did you know that Bitcoin.com’s BCH Block Explorer can query SLP token transactions? Check it today to search and find Simple Ledger Protocol token’s within the BCH network. Our Blockchain Explorer tool will allow you to view all previous BCH and BTC transactions as well.

The post Cashshuffle and the SLP Token Universe Shined Brightly in 2019 appeared first on Bitcoin News.

Why Canada’s Crypto Industry is Threatened by Tax Rules?

Canadian tax authorities’ approach to crypto-assets might discourage the country’s citizens from using digital assets, as things like double taxation...