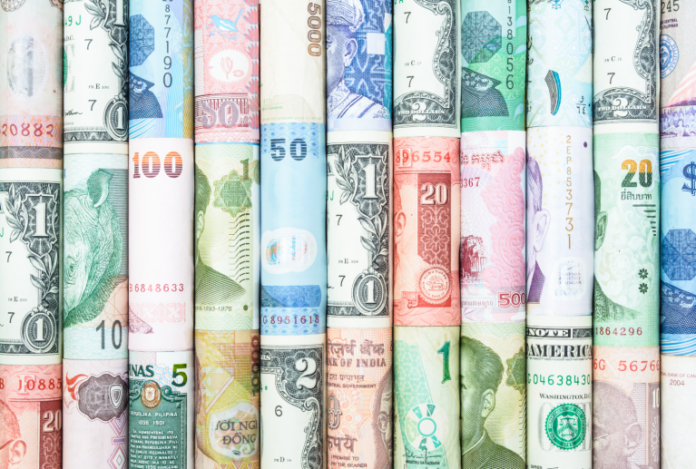 Central banks worldwide are examining the possibility of issuing a central bank digital currency (CBDC), with some already testing theirs for different uses. Countries that have advanced their digital currency projects include China, Singapore, Canada, the Bahamas, Thailand, Uruguay, and Sweden. India has also included the digital rupee in the country’s draft cryptocurrency bill.

The most recent country to claim that its CBDC is near completion is China. According to media reports, The People’s Bank of China (PBOC) is “almost ready” to issue the country’s own sovereign digital currency. This was revealed at a forum held in the northern Chinese province of Heilongjiang on Aug. 10 by Mu Changchun, deputy director of the PBOC’s payments department.

He explained that the CBDC will use a two-tier system where both the central bank and financial institutions will be legitimate issuers, Reuters conveyed, noting that “the digital currency would not solely rely on blockchain technology as current blockchain technology would not be able to handle transaction volumes in China.” The publication added that the PBOC started researching the possibility of launching its own CBDC in 2014 with the aim “to cut the costs of circulating traditional paper money and boost policymakers’ control of money supply.” Trial Between Singapore and Canada

The Monetary Authority of Singapore (MAS) and the Bank of Canada have jointly conducted an experiment on cross-border and cross-currency payments using CBDCs. The two central banks linked up their respective experimental domestic payment networks — Project Jasper and Project Ubin — built on two different distributed ledger technology (DLT) platforms, the MAS described in May. The trial was carried out in partnership with Accenture and J.P. Morgan. The former supported the development of the Canadian network on Corda, while the latter supported the Singapore network on Quorum. “Cross-border payments today are often slow and costly,” the MAS remarked, emphasizing that they rely on a correspondent banking network “subject to counterparty risk, inefficient liquidity management, and cumbersome reconciliation.” The two central banks, therefore, collaborated to use CBDCs “to make the cross-border payment process cheaper, faster, and safer.” The MAS elaborated:

This is the first such trial between two central banks, and has great potential to increase efficiencies and reduce risks for cross-border payments.

Another country that is testing a CBDC is the Bahamas. The International Monetary Fund (IMF) released details of its discussion with the Bahamas’ central bank in July, including work done on the country’s CBDC. “By enabling peer-to-peer transactions, for example through e-wallets, a CBDC can increase access to digital payments systems,” the IMF explained:

The CBOB [the Central Bank of the Bahamas] is planning to pilot a digital version of the Bahamas dollar as a means of payment to boost financial inclusion, especially in smaller islands of the archipelago. Noting that “the issuance of e-currency can also pose risks to financial stability, cybersecurity, and in the AML/CFT sphere,” the IMF staff “recommended investment in human capital and technological capabilities to ensure that the pilot — and the full-scale adoption of a general-purpose CBDC — is compatible with, and complementary to, the existing financial infrastructure.”

The Bank of Thailand (BOT) has completed the second testing phase of its CBDC called Project Inthanon. Started in August last year, the first phase focused on developing a proof-of-concept decentralized Real-Time Gross Settlement system (RTGS) that uses a CBDC on a distributed ledger. The second phase, now complete, started in February to further explore how DLT can be used in two specific areas. The first area was “the tokenization of BOT-issued debt instruments on a distributed ledger to achieve their life-cycle activities and delivery-versus-payment settlement.” The second was “the incorporation of regulatory compliance and data reconciliation functionalities into the payment process on a distributed ledger, so as to improve process efficiency and mitigate operational and compliance risks.” The results of the second testing phase were released in July.

The bank will soon proceed with the third phase, which aims to trial a “DLT-based RTGS prototype” that “will be expanded to connect with the other systems to support cross-border funds transfer transactions,” the BOT revealed. “The scope will also cover the regulatory and compliance issues from both THB and foreign currencies.”

In Uruguay, the central bank completed a pilot program on a retail CBDC in April last year as part of a wider governmental financial inclusion program. The pilot began in November 2017 to issue, circulate and test an e-peso, the Bank for International Settlements (BIS) described. “Transfers took place instantly and peer-to-peer, via mobile phones using either text messages or the e-peso app.” However, no blockchain was used. Twenty million e-pesos were issued, all of which were canceled when the pilot ended. The program is now in an evaluation phase before a decision on further trials and potential issuance can be made.

In Sweden, the Riksbank started working on an e-krona project in the spring of 2017 in response to many years of declining cash use. “An e-krona would give the general public access to a digital complement to cash, where the state would guarantee the value of the money,” the central bank’s website describes. While “There is no decision on whether or not to issue an e-krona,” the Riksbank confirmed that it “is continuing to investigate the possibilities for issuing an e-krona to increase competence and in this way be better prepared to meet a new digital payment market.” The Eastern Caribbean Central Bank (ECCB) has signed a contract with Barbados-based fintech company Bitt Inc. to conduct a blockchain-issued CBDC pilot within the Eastern Caribbean Currency Union (ECCU). This pilot will involve a securely minted and issued digital version of the EC dollar (DXCD), which will be distributed and used by licensed financial institutions and non-bank financial institutions in the ECCU. The DXCD will be used for financial transactions using smart devices between consumers and merchants. “For example, an individual in St Kitts and Nevis will be able to send DXCD securely from his/her smartphone to a friend in Grenada in seconds — and at no cost to either party,” the ECCB explained.

India Open to a Digital Rupee

The bill states that “The central government, in consultation with the Central Board of the Reserve Bank, may approve digital rupee to be legal tender with effect from such date and to such extent as may be specified.” Why Central Banks Are Exploring CBDCs

The IMF explained in a June report that a number of central banks are examining issuing a CBDC, noting that those in advanced economies with falling use of cash are exploring the option as an alternative payment method. “The main reasons to consider CBDC are lowering costs, increasing efficiency of monetary policy implementation, countering competition from cryptocurrencies, ensuring contestability of the payment market, and offering a risk-free payment instrument to the public,” the report details:

Most central banks are considering non-anonymous CBDC. Almost all seem to be favoring a hybrid approach that allows the relevant authorities to trace transactions. Several are focusing research on a two-pronged approach with anonymous tokens for small holdings/transactions, and traceable currency for large ones. Meanwhile, countries with underdeveloped financial systems and many unbanked citizens see CBDCs “as means to improve financial inclusion and support digitalization,” the IMF noted, adding that “several policy and technical hurdles need to be addressed, and a clear case for issuing CBDC has not yet emerged.”

BIS General Manager Agustín Carstens said at the end of June that “Global central banks may have to issue their own digital currencies sooner than expected,” The Financial Times reported. With Facebook’s Libra announcement, a number of central banks have reportedly ramped up efforts on their CBDCs. Concurring with the IMF, Carstens emphasized that “There needs to be evidence for demand for central bank digital currencies and it is not clear that the demand is there yet.” He was quoted as saying:

What do you think of central banks issuing their own digital currencies? Which country do you think will launch one first? Let us know in the comments section below.

Etihad Airways, the national airline of the United Arab Emirates, has announced that it has entered into a cooperation agreement...