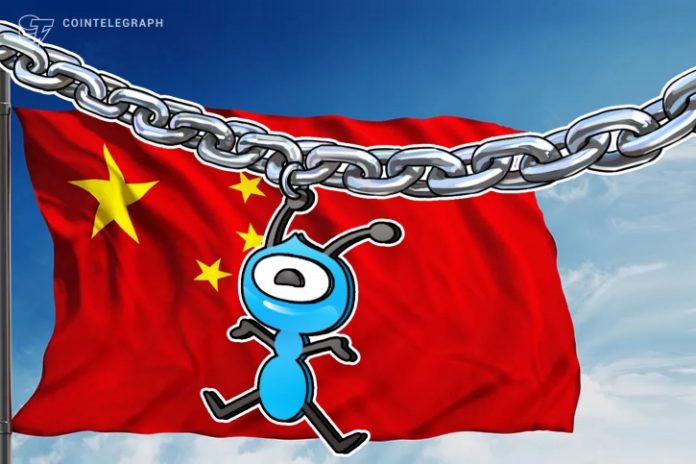 In his speech during the forum that took place March 24, Jing said that he is optimistic about the long-term prospects of Blockchain. However, he also claimed that the technology is not yet fully prepared for a “large-scale outbreak,” and its current applications are often speculative, “similar to the Internet bubble period of the 1990s.”

Highlighting Blockchain’s nature as a “multi-party trust mechanism,” Jing thinks that the technology will become reasonably applicable “in the next two or three years.” He also pointed out several existing problems that still need to be solved, such as the security of applications, protection of user information, and the transaction capacity of Blockchain networks.

Jing noted that Ant Financial holds one of the largest numbers of Blockchain-based patents among all companies.

The CEO has also made critical comments about the practice of Initial Coin Offerings (ICOs). Jing claimed that ICOs are based on a concept of “nothingness,” and that Ant Financial has ruled them out as an option for fundraising.

Founded in 2014, Ant Financial is an affiliate company of the Chinese Alibaba Group and the operator of AliPay, the world’s largest mobile and online payments platform.

Yesterday, Cointelegraph reported that China filed the largest number of Blockchain patents in 2017. At 225 filings, the country has by far surpassed the 91 patents from the US and 13 from Australia.