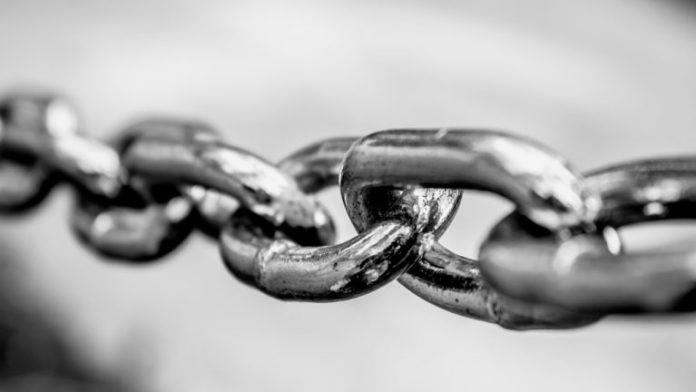 Zeus Capital has doubled down on its doomsday predictions on Chainlink (Link). It is now warning investors: “don’t get fooled… exit your positions before its too late.”

The asset management firm’s involved assessment follows a sharp decline in the price of Link in the last couple of weeks. By August 28, the asset had tanked more than 20% from its all-time high of nearly $20 reached twelve days earlier.

Chainlink sprinted to its record high within a matter of weeks, as the community hyped the project. Since January, the crypto is up more than 860% – a drive that landed it position number five on the list of the world’s most valuable virtual assets.

However, the altcoin’s bull run had been driven in part by a campaign to liquidate Zeus Capital, which took a short position on the coin, the company alleges. In an August 28 report published on its website, Zeus Capital accuses Chainlink of orchestrating “the most spectacular pump in crypto history.” It charged:

Without material technological improvements or actual user onboarding, the price almost tripled within less than a month. Lured by the rapid price appreciation, naive investors were outbidding each other.

Zeus Capital detailed a four-part pump cycle that began on July 31 with Link enthusiasts on Twitter and Telegram rallying investors to buy the coin and liquidate the “common enemy.” In the second week of August, campaigners set a specific target of $11.28 to destroy Zeus Capital’s short position.

“Scared of missing out, numerous retail investors took part in the pump scheme,” Zeus Capital says. FOMO allegedly drove the campaign to exceed its mark into a third phase, peaking at $19.85 on August 16.

The firm characterizes the last phase as a gloomy aftermath for investors who had put savings and loans into the pump, using screenshots supposedly taken from Twitter to show investors bemoaning the loss of “savings, mortgages… and even families.”

The report ends by questioning the ethical value of the exercise. “As arrogant as it could get, the pace of Link tokens sent from Smart Contract’s development wallet to Binance intensified during the period,” it says.

Smart Contract is the team behind the development of Chainlink. An analytics firm, Trustnodes, has reported that Chainlink developers dumped up to $40 million of the Link token once the price peaked.

As Chainlink initially crashed from its ATH to $15.41 in 48 hours, crypto analyst Cryptowhale characterized the token as a bubble waiting to burst, predicting that it will eventually lose 99% of its value.

Meanwhile, the price of Link climbed over 11% in the last 24 hours spurred by news of the company’s acquisition of Deco, a system that is supposed to improve data transmission across the Internet, from Cornell University. At the time of writing, Chainlink is trading at $17.34, according to data from markets.Bitcoin.com.

What do you think about Zeus Capital’s comments on Chainlink? Let us know in the comments section below.

Analyst Expects Bitcoin to Dump Towards $10.5K or Lower

An overnight jump in the Bitcoin price Sunday may not put the asset en route to higher levels this week....