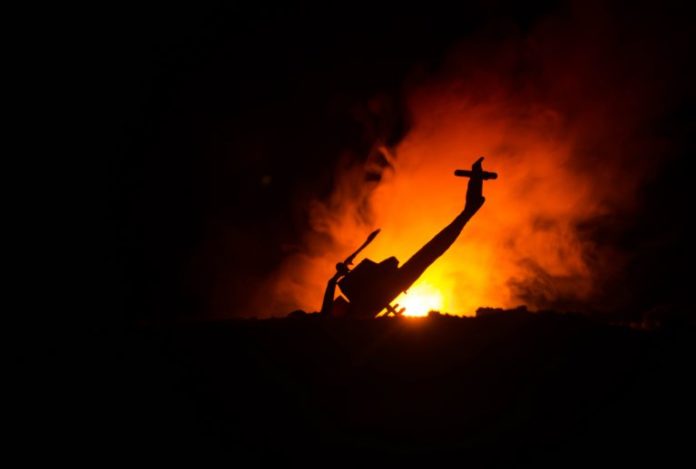 In the last 72 hours, numerous darknet markets (DNMs) have been downed in a concerted DDoS attack. Meanwhile, Europol has been crowing over its success in toppling two markets that were already known to be stricken, Wall Street and Valhalla. As the dust settles, darknet users have been trying to separate FUD from fact.

Three Germans have been arrested for their alleged involvement in running Wall Street, the darknet’s second largest marketplace after Dream, according to Europol. With Dream itself having spent the past month winding down, and its successor (weroidjkazxqds2l.onion) yet to materialize, DNM users have been forced to look elsewhere. As news.Bitcoin.com recently reported, there is no shortage of darknet markets seeking to pick up the slack from Dream and Wall Street, though accessing them is proving challenging.

Earlier today, Deepdotweb was showing 20 of the darknet’s 30-odd DNMs as being offline including Cryptonia, Core, and Agartha. The Dread discussion forum was also down, though service appears to have been restored to most of these platforms at press time. The aim of the DDoS attacks is likely to sow confusion and to prevent DNM users from conversing, though financial incentives may also be a factor; Dream’s admins previously claimed to have been blackmailed for $400K by a persistent DDoSer, spurring them to shutter the site.

On May 2, a seizure notice appeared on Wall Street Market, reminiscent of the one that was posted on Silk Road after the feds pounced in 2013. On this occasion, however, DNM users were suspicious as to whether law enforcement had genuinely seized Wall Street, given that the site appears to have been exit scamming, and moderator logins have been circulating on the web for weeks. According to Europol’s statement issued May 3, however, the seizure was all their doing.

“This operation lead by the German authorities has seen the arrest of three suspects and as part of the house searches carried out, the police officers seized over €550,000 in cash,” claimed Europol. It also referred to “6-digit amounts” of BTC and XMR being seized, believed to total over €1M, plus “several vehicles and other evidences, such as computers and data storage. In the US, during the investigation by the Attorney General in Los Angeles, two of the highest-selling suppliers of narcotics were arrested.”

As observers have noted, the Wall Street exit scam began on April 20, followed by moderator credentials being leaked three days later and arrests by German police of a 31-year-old in Bad Vilbel, a man aged 22 in Kleve and a 29-year-old man in Esslingen a day later. It has been speculated that law enforcement may have been left with an open goal, with internecine conflict within Wall Street Market making their job significantly easier. It seems likelier, however, that Wall Street moderators got wind of impending law enforcement action and scattered to the four winds, making off with whatever assets they could in the chaos.

Despite Busts, It’s Business as Usual on the Darknet

For all the fanfare Europol have made over their latest success, for users of DNMs, it’s business as usual. Aside from sporadic DDoS attacks, the remaining markets are operational, and serve as a reminder that for all their efforts, LE will struggle to do more than chip away at the tip of the iceberg. Wall Street and Valhalla both survived for years, with the latter, also known by its Finnish name of Silkkitie, having been founded in 2013.

For so long as governments remain hellbent on pursuing their failed war on drugs, the game of DNM whack-a-mole will continue. With 1.1 million customer accounts and more than 5,400 sellers on Wall Street alone, the authorities lack the resources to go after everyone – assuming they even have plaintext access to their communications from seized servers. The past month’s events have reiterated to DNM users, however, the importance of maintaining good opsec and using PGP, rather than ticking the box to have the marketplace encrypt on their behalf. As cryptocurrency users are prone to remind, “Don’t trust – verify.”

What are your thoughts on the latest darknet market busts? Let us know in the comments section below.

The Bitcoin hash rate has climbed to its highest level since late October 2018 as the BTC spot price looks...