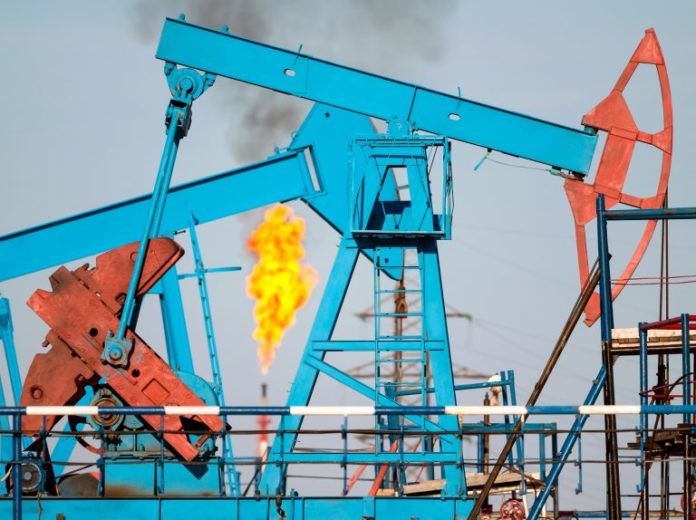 Utilizing stranded gas to power bitcoin mining rigs at oil and gas wells is a promising business opportunity. It is profitable for all participating parties and beneficial for the environment. Not without challenges, this young industry is growing in energy-rich North America. Several companies are working to expand the niche and U.S.-based EZ Blockchain shared details about their progress.

When Markets Are Far

Oil production has certain byproducts, one of which is natural gas. When drilling sites are located in remote places, oil companies are often forced to flare or even vent the fuel into the atmosphere as transporting it to markets is rarely a cost-effective option. Selling it close to the well or using it onsite, on the other hand, can be a solution, provided there are consumers nearby. EZ Blockchain is a Chicago-based company designing and building datacenters that can mine cryptocurrencies based on proof-of-work blockchains. It manufactures, deploys and operates mobile units at oil and gas extracting facilities, which run on what would otherwise be totally wasted energy to mint digital coins.

The company promotes its products and services in a couple of regions in the U.S. where oil and gas producers operate and significant quantities of excess gas are being released every day. “Appalachian Basin is interesting to work because we partner with gas producers. And small gas producers are struggling with current gas prices on the market and they are forced to close their wells,” EZ Blockchain founder Sergii Gerasymovych told news.Bitcoin.com. He further elaborated:

With bitcoin mining, however, they can actually stop selling gas to the pipe but use it for mining and eventually the price per MCF can be as high as $10, which is 10 times more than they sell it now.

It sounds like a no-brainer for oil producers but the crypto company is facing all sorts of obstacles. “There is a hurdle for sure, which is they have to be educated about bitcoin mining in general, even though those risks in their case are low,” Gerasymovych explained. “There are a few reasons people go to conferences: networking, selling, education and after-parties, but mostly for the after-parties. Right now at EZ Blockchain, there are heavy projects going on and there’s no way I can just fly to Houston for a conference with less than one-week notice. But after an hour of checking out some incredible talks from the 2018 Blockchain Oil and Gas conference, my reservations and tickets were booked,” Sergii writes in an article about a recent event that gathered representatives of the two industries in America’s oil and gas capital. Another challenge is that EZ Blockchain needs to adapt to the specific needs of its customers. To sell its products in the Appalachian Basin, for example, it has to scale down the capacity of its mining units so that they match the limited gas quantities there. “We have spent last year on developing mobile datacenters which can use 500 MCF of gas or 2 MWs of electricity, but Ohio producers are small and we have to develop a smaller unit for them,” the entrepreneur pointed out.

EZ Blockchain is also working with much bigger oil producers in the state of North Dakota. “Basically, we split the business in two directions now, working with big oil producers in ND and with very small gas producers in Ohio,” Gerasymovych shared in an email. Last time we spoke with him he was positive there was enough wasted gas in North Dakota alone to power a third of Bitcoin’s whole network. Bitcoin mining, he insisted, could be done completely off-grid, solving an environmental problem.

The Bakken region, where Sergii’s company already has one customer and is working to onboard another, has its own specific challenges. The main problem there is that it is flooded by large-size producers only. Big companies are generally moving slowly because of various compliance and other requirements, Gerasymovych noted. Besides, each project, even a small one with a 1-1.5MW capacity, is usually handled by more people and has to be approved on multiple levels of management.

Business is business and taking caution is understandable when profits and livelihoods are on the table. Companies like the U.S.-based EZ Blockchain, Crusoe Energy Systems and the Canadian Upstream Data are trying to improve both, for themselves and for their clients, while blazing a trail in two industries and in two countries at the same time.

Do you think bitcoin mining with stranded gas has a bright future? Share your thoughts on the subject in the comments section below.

2019 is coming to an end and the Bitcoin Cash (BCH) ecosystem has matured a great deal. BCH has successfully...