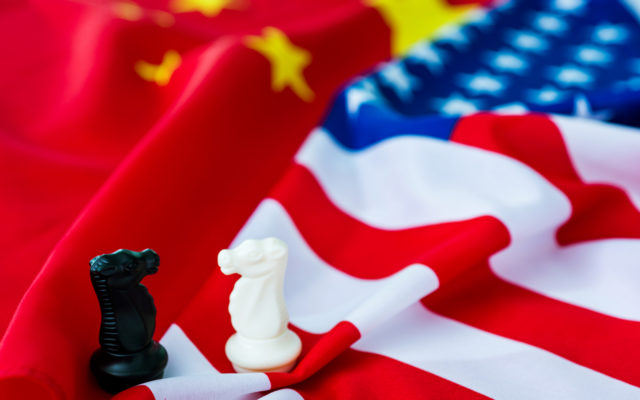 As economic tensions escalate and the Trump administration continues with its war on trade, China has started stockpiling safe-haven assets. Gold appears to be the asset of choice for the central bank but Bitcoin is likely to be a good option for the people.

According to a Bloomberg report today, China has stockpiled 100 tons of gold bullion adding to the accumulation it began in December.

Data from the People’s Bank of China indicates that it has increased its bullion holdings to 62.45 million ounces in August from 62.26 million in July. Last month almost 6 tons of gold was added to China’s reserves which are now at around 100 tons accumulated over the past eight months.

As central banks cut interest rates in reaction to economic slowdowns, the price of gold inevitably increases. Russia has also been on a gold-buying spree as the US applied sanctions continue to hurt its economy.

As a result, the price of gold has increased by over 18% this year alone, and reached a six-year high of $1,550/oz last week according to goldprice.org. The buying spree is set to continue, according to an economist at National Australia Bank Ltd., John Sharma, central banks now have an incentive to diversify.

“Also, with increasing political and economic uncertainty prevailing, gold provides an ideal hedge, and will therefore be sought after by central banks globally.”

Goldman Sachs Group is among investment banks that expect the precious metal to top $1,600 an ounce within the coming months.

Yuan Down, Bitcoin Up

The ongoing trade war has already affected the Chinese Yuan which has fallen to its lowest level against the dollar in over a decade. This has been observed with a negative correlation to the price of bitcoin which has also fallen to a record low recently.

Bloomberg noted the drop in a report last week suggesting that the ‘digital gold’ is likely to become a hedge for the people as the national currency weakens. Other evidence of this is the BTC premium that can often be seen on exchanges catering to Chinese traders. London School of Economics researcher, Dr. Garrick Hileman, added;

“You can see it in the premium price paid sometimes for Bitcoin in exchanges like Huobi that primarily cater to Chinese.”

Recent protests in Hong Kong have also added to the lure of bitcoin as demonstrators attempted a run on Chinese banks. All indicators are pointing to further accumulation of BTC by the world’s largest population as its central bank loads up on gold.

Will Chinese demand for bitcoin push prices higher? Add your thoughts below.