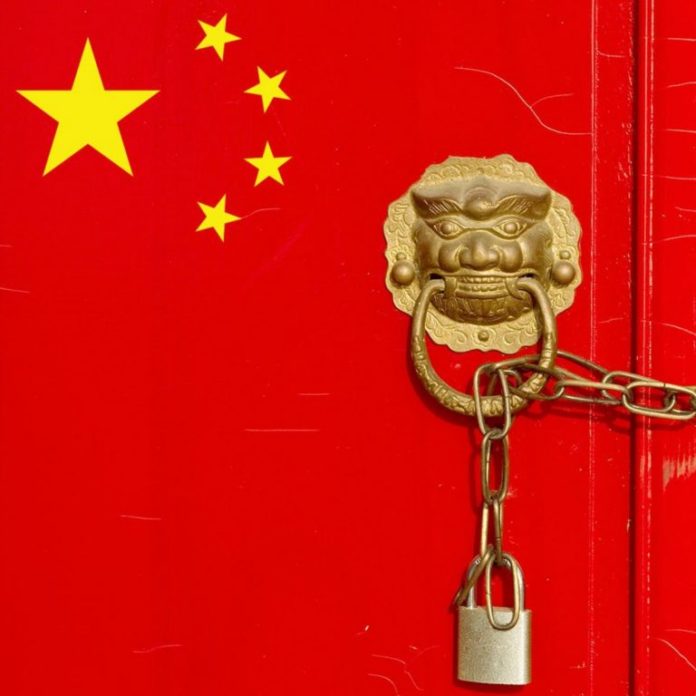 Close to being yet another annoyingly false media piece on how ‘hard’ it is to live on cryptocurrency, the Netflix of China, Iqiyi, followed a woman attempting just that for 21 days. Bitcoiners have been doing so for years through various service providers, exchanges, and, yes, even peer-to-peer, yet the clearly untrue ‘hard’ narrative is often repeated. Thankfully, the new Chinese documentary Bitcoin Girl is somewhat different; instead of focusing upon tech hurdles exclusively, it also highlights how bitcoin lives on during a severe Communist Party crackdown.

Rifle through Youtube, and it’s easy to find a zillion vignettes and documentaries about using bitcoin, cryptocurrencies in general, as either part of a lifestyle or as a principal medium of exchange. The mainstream conception is always about hurdles and difficulties, and they usually devolve into dark web ghettos or tales of criminal gangs nefariously employing the tech.

And so it’s somewhat refreshing to learn a documentary series running in China on its version of Netflix, Bitcoin Girl 21 Days Digital Survival Challenge, offers a glimpse behind the wall, as it were, of the Communist state and how crypto enthusiasts are attempting to cope.

An introduction blurb to the series, translated by google, reads, “There is such a girl, she is a blockchain believer. She said she wanted to rush into a city alone one day and be an experiment that only survived by bitcoin. Challenge rules: 1. With 0.21 bitcoins, one person lives in Beijing for 21 days. 2, only payable in bitcoin, can not accept any charity.”

For those lost in translation, the series (now up to 17 episodes as of this writing) is based upon He Youbing, an aka for a young-ish woman setting out to survive on about $1,300, give or take, on bitcoin without help or assistance – just peer-to-peer transactions, phone to phone. Alone with Nothing but Bitcoin

Ms. Youbing was unable to take anything with her. No basic necessities are allowed. She must make do with what she has in China’s most populous cities, beginning in Beijing. Presumably, the show gave her the aka, which means having something of an obsession – in this case cryptocurrency.

The documentary’s main difference is its setting. And though it for sure could be viewed as propaganda to make crypto seem futile to the average person, it’s also a strange admittance. China, of course, has become notorious for its cryptocurrency bans. Recently, it has gotten so bad even events related to crypto are banned. Just prior to venues being formally prohibited, the government stepped up censorship campaigns against popular smartphone applications such as Wechat. Over 100 foreign crypto exchange websites were also banned. The Chinese government even put pressure on Alipay to stop all OTC crypto trading on their platform. And all of these no doubt contribute to the first episode’s showing her desperate and frustrated. Most of her day is spent trying to inform vendors just what bitcoin is, much less getting them to accept it. From fun parks to restaurants, she was unsuccessful the entire day and evening. Though she manages to find an unlocked public bike, helping to make her case to more potential businesses and ordinary people, she finishes her night exhausted and defeated, sleeping at a McDonald’s.

Sustenance came wherever she could find it, as the already slight woman dined on free condiment packets while eating leftover burgers yet to be thrown away, and even literally low hanging fruit. It was actually two days of this, and by the second she was vomiting, sick from the experience. The manufactured drama helped the local media bring attention to her case. Well-wishers brought her food, exchanged for bitcoin, while she was checked at a nearby hospital. An art gallery volunteered to put her up for the third night. No Publicity is Bad Publicity

Strange and wonderful happens next. Chinese city dwellers find her on Wechat as a result of media coverage, and begin to exchange services and goods for bitcoin with her. In fact, a great many seemed to have no problem trading fiat, causing the show’s producers to adjust the rules to include no online transactions – real people, real life only.

The publicity compounded, and reports detailed how many Wechat groups were following her, filled to capacity. The upward limit is 500 people per group. Something like six such groups popped up, and from every sector of Chinese society. Clearly, cryptocurrency fever remains behind the great Red wall. If the documentary does anything positive, it shows the power of crypto and social media. Even through massive crackdowns, smartphone and related tech brought fellow Chinese to her once word got out. Soon, outside of Beijing, she finds a restaurant to accept bitcoin. She is able to negotiate crypto for clothes, and even had a hotel booked for her.

The rest of the series appears to be much in this fashion, and for some reason the government has not censored it, yet. In fact, Ms. Youbing only seems to be gaining traction. The documentary’s makers do film how a significant portion of those familiar with bitcoin (BTC) are still stinging from giant transaction fees and slow confirmation times that characterized the final leg of its bull run in late 2017.

Their distrust of BTC is also heightened by crypto’s association with scams, and Ms. Youbing spends her time trying to convince potential trade counterparts she is legit. Without trying, Bitcoin Girl stumbles into the medium of exchange versus store of value debate. If 17 episodes are any guide, the Chinese clearly are ready for something closer to bitcoin cash (BCH) and its qualities over a seemingly tainted BTC.

Do you think crypto will continue to grow in China despite all the bans? Let us know in the comments below.

The post China During Crypto Ban: One Woman Tries to Live on Bitcoin appeared first on Bitcoin News.