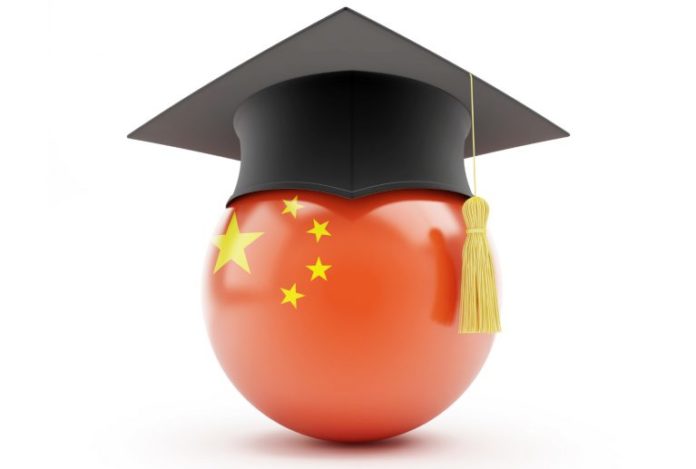 Following President Xi Jinping’s very bullish speech on blockchain technology, news relating to blockchain has been extensively covered on national TV channels, newspapers and websites. “Articles saying blockchain technology is a scam are now banned,” popular Twitter user Cnledger reported, posting a screenshot of a message that says “This content cannot be viewed due to violation,” and that the platform is “suspected of violating relevant laws, regulations, and policies.”

The recommended course, entitled “Introduction to Blockchain Technology,” is taught by Chen Kang, an associate researcher at Tsinghua University’s Blockchain Research Center. The course is also offered on Xuetangx, the first Chinese MOOC platform which was founded by the university. It has courses from over 500 universities and claims to have more than 16 million registered users. Chen’s course covers an overview of blockchains, distributed consensus, Bitcoin, smart contracts, security, and big data.

Propaganda Tool With a Backdoor

Designed by Alibaba Group and released by the CPC’s publicity department in January, Xuexi Qiangguo is also the most downloaded app on Apple’s domestic app store. This app mostly serves as a news aggregation platform for articles, short video clips and documentaries about President Xi Jinping’s political philosophy.

While the Chinese government claims that the app is purely a fun educational tool, security researchers have discovered some code resembling a backdoor. An October report from U.S. government-backed Open Technology Fund (OTF), in collaboration with German cybersecurity firm Cure53, reveals that the Xuexi Qiangguo app has embedded code “resembling a backdoor which is able to run arbitrary commands with superuser privileges.” If deployed, the code would grant a person complete system-wide administrative access, giving them “the power to do anything,” including downloading software, modifying files and data, or even installing a keylogger on the device. The app also scans for other apps installed on the device, the report notes, adding that the information collected by the app — such as user information, location, other apps on their phones, and activity log — is sent to various entities. Cure53 also conducted an audit of the app on Android operating systems, which make up more than 80% of smartphone operating systems in China. The firm found that the app gives the government the ability to determine “the location of every citizen at any single point in time.”

The State Council Information Office of China, responding to the Washington Post on behalf of the Chinese government, denied the app having the functions the reports suggest.

What do you think of China censoring anti-blockchain sentiment and the popular Chinese app recommending a course on Bitcoin and blockchain? Let us know in the comments section below.