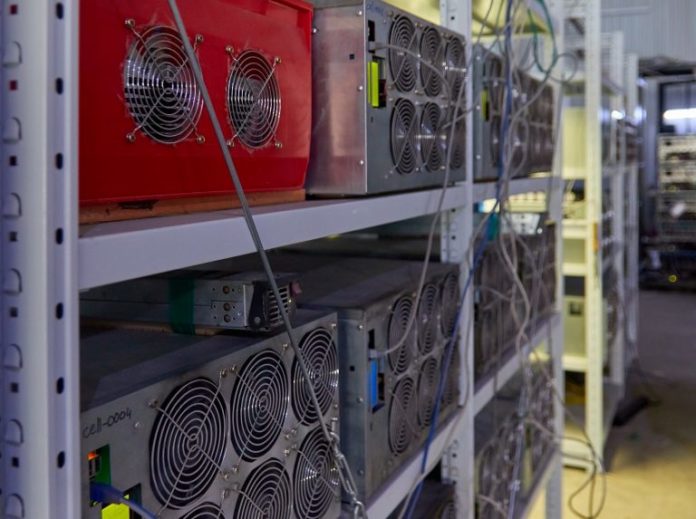 Inspired by its new fascination with blockchain, China now seems to have changed its mind about cryptocurrency mining. The latest version of a national macroeconomic plan indicates that the government in Beijing has given up intentions to suppress the bitcoin mining industry, in which Chinese companies have become global leaders.

Also read: Another Chinese Lender Bailed Out After Bank Run

Mining Not to Be ‘Eliminated’

The Industrial Structure Adjustment Guidance Catalog, issued by China’s National Development and Reform Commission (NDRC), has lost a reference to crypto mining activities. This is actually good news as a draft released earlier this year had mining among industries that Beijing wanted local administrations to get rid of. “That doesn’t mean mining is legal, but it is less illegal,” a Chinese miner contacted by news.Bitcoin.com remarked confirming the news. The final version of the document, which was published this week, will enter into force in January 2020. The catalog lists industries that regional authorities are advised to encourage, restrict or eliminate. The initial policy proposal prepared by the central government agency in April reportedly mentioned virtual currency mining in the ‘eliminate’ category.

NDRC, formerly the State Development Planning Commission, is responsible for macroeconomic management. It operates under the State Council, which is China’s main administrative authority controlling the country’s economy. The commission formulates policies for economic and social development and guides restructuring efforts. With around two dozen departments and agencies under its umbrella, it effectively functions as a mini version of the Chinese government.

Cheap electrical energy and suitable climate have turned China into a hotspot for the business of minting digital coins. The People’s Republic is a global leader in bitcoin mining with Chinese pools controlling around 70% of the BTC network’s collective hashrate. The most populous country is home to the world’s largest mining operations and mining hardware manufacturers such as Beijing-based Bitmain. The Chinese government has treated various crypto-related business activities differently. While cryptocurrency exchanges and coin offering projects were effectively banned from the mainland, authorities have largely turned a blind eye to digital currency mining. What’s more, in regions such as Sichuan, mining farms utilize electricity from state-owned hydropower plants even under contractual arrangements, as news.Bitcoin.com reported during the rainy season this summer. This year’s crypto market recovery made bitcoin mining profitable again and anyone can participate without having to acquire mining equipment thanks to services offered by platforms such as the Bitcoin.com Pool.

China’s role, both in the traditional economy and the crypto space, has been growing for years but the ongoing trade war with the U.S. forced the country to intensify the search for alternative paths of development. A recent Politburo speech by the General Secretary of the Communist Party, Xi Jinping, indicated that Beijing has decided to put blockchain in the focus of these efforts. And although China has never been particularly friendly to decentralized cryptocurrencies, it’s developing a digital yuan instead, and crypto markets have reacted positively to the move that many in the industry view as a bullish step.

Do you expect the removal of crypto mining from the list of unwanted industries in China’s macroeconomic plan to have a positive effect on the bitcoin mining industry? Share your thoughts on the subject in the comments section below.

eToro signals commitment to growth with acquisition of Delta