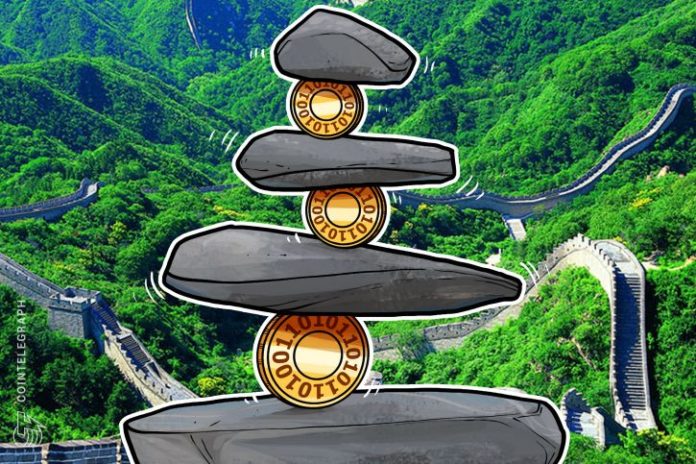 The second round of China’s state-backed monthly ratings of cryptocurrencies and blockchain projects has been released, Cena News reported June 21.

Dubbed the “Global Public Chain Technology Evaluation Index,” this latest round was announced at the Shanghai Science Hall on June 20, and ranks EOS 1st, Ethereum (ETH) 2nd, and Bitcoin (BTC) 17th, out of a total of 30 analyzed cryptocurrencies.

China’s monthly “Global Public Chain Technology Evaluation Index” is published by the China Center for Information Industry Development (CCID) of the Ministry of Industry and Information Technology, and is said to be compiled by “first-rate domestic experts and scholars,” according to the original Index press release.

EOS’ top ranking is attributed to the “outstanding technical advantages in transaction confirmation efficiency, network throughput, and transaction costs” of the protocol.

While conceding the EOS Mainnet’s recent mishaps – since going live June 15, the network has faced technical issues, and criticism for freezing some accounts – the evaluation nonetheless judges the project to be “highly active in technological innovation,” a “new generation public blockchain” that is “currently most regarded by the industry.”

The Index has been portrayed as a monthly “independent analysis,” which evaluates global blockchain projects on the basis of their technological capability, usefulness and innovation. It was first announced in May to compensate for what the Chinese government considers to be the “lack of completely independent assessment” for crypto and blockchain projects.

As an in-depth Cointelegraph report earlier this month outlined, China has been putting its weight behind blockchain technology even as it pursues a severe line against cryptocurrencies and Initial Coin Offerings (ICO).

CCID has said that the new monthly Index demonstrates “the confidence of the Chinese government” in blockchain, and will serve as a “guide” for the country’s technological vanguard.

Last month, an initiative backed by the country’s IT Ministry resulted in the formation of a specialist committee dedicated to cementing “nationwide”  blockchain standards by the end of 2019.

In the most recent high-profile case, China’s President Xi Jinping included blockchain as an example of a “new generation” of technologies that are accelerating “breakthroughs” in “reconstructing the global innovation map and reshaping the global economic structure.”