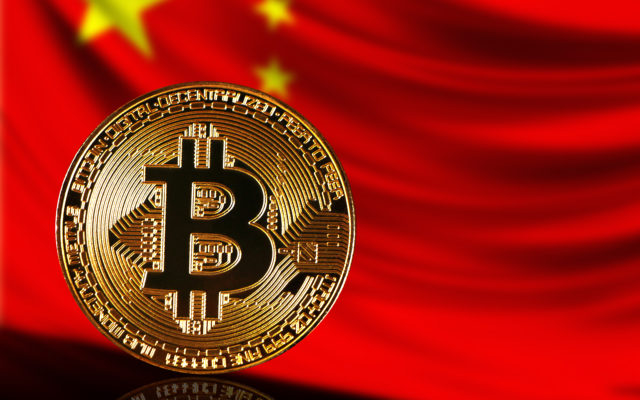 China is returning to Bitcoin investment despite its ongoing trading ban, data suggests this week as the Bitcoin price holds higher.

For the 24 hours to press time, CNY inflows into bitcoin topped the equivalent of $165 million, with Ether, the largest altcoin, seeing just under $75 million during the same period.

That performance puts China second out of the fiat entry assets, predictably behind the US dollar, while by far the largest inflows come from cryptocurrency stablecoin Tether.

Crawling Out Of The Pit?

The figures come at a time when China’s Bitcoin-focused economy – specifically mining giants – appear to be emerging from six months’ retraction.

As Bitcoinist reported, entities such as Bitmain had announced major downsizing and cost-cutting initiatives on the back of the Bitcoin price 00 falling from $6500 to $3100 last November.

More recently, however, the industry has begun putting out good news. Canaan Creative, Bitmain’s major competitor, closed a funding round earlier this month which sources claim is worth “hundreds of millions” of dollars.

Now, the added strength of bitcoin (BTC), which continues to trade around $4000, could signal renewed faith from what was once its biggest investment market.

The cues lie not just in mining: FatBTC, the largest cryptocurrency-only exchange serving Chinese clients, increased its volumes by more than 50 percent over the past day alone.

Nonetheless, Chinese lawmakers have given no hint that they intend to revisit a decision from 2017 to outlaw all legal trading options for local residents. Favoring blockchain technology, only the practice of cryptocurrency holding remains de facto legal.

This month, research from The Next Web revealed China as the country holding the largest number of blockchain patents with awards totalling nearly 800.

What do you think about China’s Bitcoin investment stats? Let us know in the comments below!

Kin Price Gains Over 20% yet Value Stays at 1 Satoshi

As the weekend transitions into a new week, things will undoubtedly get very interesting for a lot of cryptocurrencies. While...