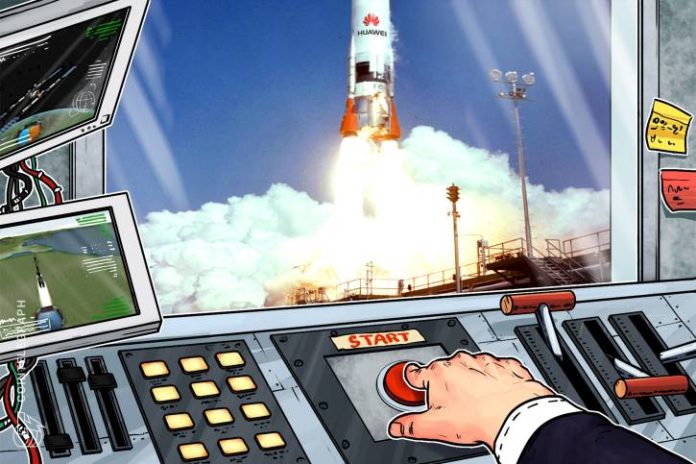 The Blockchain-as-a-Service (BaaS) tool, which comes a month after the release of Huawei and Hyperledger’s joint project Caliper, will be known as the decidedly low-key “Blockchain Service.”

Hyperledger is an open source Blockchain operation created by the Linux Foundation in 2015. Since its inception, it has grown to incorporate over one hundred major business sponsors and seen multiple partnerships and integrations.

Focused on smart contract development, Huawei’s Blockchain Service “is a high-performance, high-availability, and high-security blockchain technology platform service for enterprises and developers,” its official description reads, and “can help companies and developers create, deploy and deploy quickly and cost-effectively on Huawei Cloud.”

Huawei has been conspicuously keen to keep ahead of the competition from China’s electronics conglomerates such as Tencent and JD.com in the Blockchain space.

Having worked on Caliper since its inception in May 2017, Huawei is also a major sponsor of Hyperledger, joining the project in October the previous year.