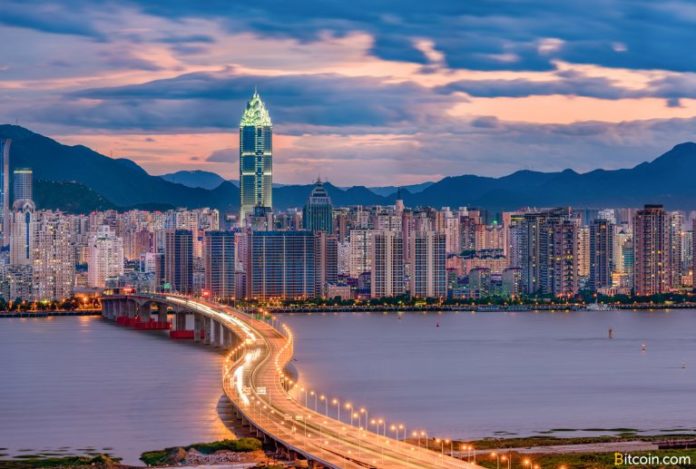 According to regional reports from China, a village located within the Wenzhou, Zhejiang region called Yuedong has been gathering attention due to its receptiveness toward cryptocurrencies and blockchain technology. In consonance with social media posts on Weibo, roughly 60 percent of the residents in Yuedong know about cryptocurrencies and many of the villagers have invested as well.

The mountain village of Yuedong is now known for its friendliness toward digital currencies. On March 7, people shared pictures of the hamlet, which local residents have dubbed the “blockchain industrial village,” on Weibo. Local columnist lylian Teng also confirmed the story and spoke with a villager, surnamed Lin, residing there. Lin explained that Yuedong has recently become very popular and receives a lot of crypto visitors. The report added that a majority of the Yuedong villagers embrace cryptocurrencies because an individual named Yang Linke was born in the village. Linke was the cofounder of China’s first bitcoin exchange Btcchina and Yuedong residents hold him in high regard.

Another interesting fact about the village is that a river runs through it whose guardrails have cryptocurrency logos etched into the stone. Because Yang Linke is an early cryptocurrency adopter, he’s managed to convince many young people in his hometown that cryptocurrency solutions are the future. Yuedong villager Lin estimates that 60-70 percent of the residents in Yuedong know about blockchain technology or are invested in digital assets. Roughly 10 percent of residents living in the Wenzhou region have devoted time to bolstering blockchain technology, Teng’s report noted. Speaking about his hometown and sharing pictures of the guardrails with cryptocurrency symbols etched in stone, Yang Linke wrote to his followers on Weibo:

Things that can be seen in Silicon Valley, but they appear in our remote mountain village. We Wenzhou people dare to be the first in the world.

The ‘Wenzhou Gang’ Sets Their Sights on Crypto

Villager Lin explained that the guardrails have around 10 different cryptocurrencies carved into the stone which includes coins like BTC, ETH, ETC, BNB, and ONT. The 1,000-metre long stone embankment carvings were funded entirely by crypto donations and villagers in the city are also in the midst of building a “blockchain theme park.” Residents of the Wenzhou region are well known for business and money-making skills and there’s also an Eos block producer in the village called “Eos-Wenzhou.” Many of the cryptocurrency investors who reside in the prefecture-level city in southeastern Zhejiang province have been called the “Wenzhou Gang.”

News.Bitcoin.com reported on the Wenzhou Gang back in December of 2017 because at the time many of the Wenzhou investors were aggressively investing in cryptocurrencies and real estate across China. Back in 2008, a Wenzhounese merchant surnamed Chen started a real estate group with 20 friends and they all purchased properties as a team.

However, when the cryptocurrency bull run of 2017 happened, the Chinese government made real estate property policies extremely strict, so Chen and crew decided to sell all the real estate and profits for cryptocurrencies. According to the Yuedong villager surnamed Lin, officials from local Wenzhou government think highly of the “blockchain industrial village” initiative.

What do you think about the village of Yuedong and Wenzhou investors making the mountainous region a blockchain hub? Let us know in the comments section below.

According to a recent report, the cryptocurrency division of Fidelity, a United States financial services giant, has recently launched its...