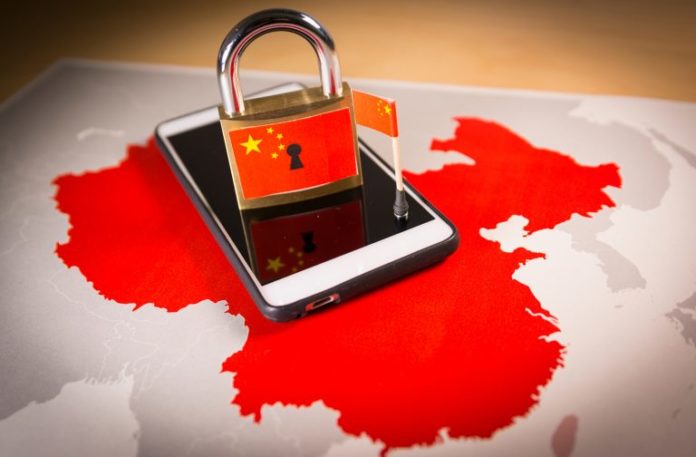 According to a notice issued on weibo.com, and later confirmed as authentic by business publication Caixin, authorities in Shanghai appear to have dispatched officials for conducting reviews of area businesses engaged in cryptocurrency dealings, and are set to report back to financial regulators by November 22. This comes in conjunction with a recent program on the Chinese Communist Party’s CCTV1 television channel, discussing cryptocurrency scams, and also local reports to news.Bitcoin.com that some exchanges under governmental review are experiencing problems.

The November 15 notice which sparked controversy was later said to be authentic by Chinese business publication Caixin. According to the translated article from Caixin, “recent virtual currency speculation has shown signs of rising, and the regulatory authorities have frequently carried out related rectification actions against virtual currency exchanges.” The translated article goes on to state that:

On November 15th, a notice called “Developing the Renovation of Virtual Currency Trading Places” was circulated on the Internet. A relevant person close to the central bank’s Shanghai headquarters confirmed the authenticity of the document. It said that the current work is led by the Shanghai Mutual Renovation Office and supported by the central bank.

This news is accompanied by a program which aired November 18 on the Chinese Communist Party’s (CCP) CCTV, addressing blockchain and crypto scams. Although Twitter commentator @DoveyWan wrote of the show: “TL;DR – cryptocurrency is unregistered security, financial fraud and illegal ponzi,” this doesn’t appear to be exactly what the hour-long program conveyed, although it may not be far from the overall impression given.

The focus report featured commentary from Wu Zhen, “head of the Key Laboratory of Internet Financial Security Technology of the National Internet Emergency Center,” who said: “There are more than 32,000 [claimed] blockchains … However, after actual monitoring, we found that there are actually not many companies that have blockchain technology or chain ownership … About 10%, or even less than 10%.” In other words, Zhen maintains there are a lot of snake oil blockchains in China.

Dovey Wan roughly translated a short clip posted of Chinese president Xi Jinping speaking, ostensibly featured on the same special, but the date of that clip is debated.

An anonymous local source informed news.Bitcoin.com that Chinese exchanges are experiencing issues due to Beijing’s continued probe of crypto groups in the country. A screenshot from a Wechat group depicts discussion where users cite frozen accounts at Huobi as reason to remove coins from the exchange. One user’s translated commentary states: “The OTC freeze … of Huobi is more and more frequent, now Beijing has to check.”

The local source asserts that users globally should “leave Chinese exchange to protect their crypto assets,” and that the CCP is now compromising exchanges. One Wechat user implied that P2P trading is also in danger, quipping that “In the end, all of them became public funds.”

Legal Status of Crypto in China

Though the legal status of cryptocurrencies in China is still a source of confusion for many, crypto in and of itself is not illegal, bitcoin having been recognized as virtual property since 2013. Bitcoin and crypto are not recognized as legal currency, however. Mainland financial institutions may not deal in crypto and it is illegal for foreign groups to serve mainland customers. Chinese continue to trade and organizations get around regulations by facilitating OTC trading, as the practice is not technically prohibited.

Since the banning of ICOs in 2017, the CCP has focused increasingly on eliminating scams and fraud, with excitement about speculation after bullish speeches like Xi Jinping’s recent pro-blockchain rhetoric tempered by commentary such as Wu Zhen’s on the CCTV program. In short, China seems to be very pro-blockchain but not pro-decentralized, permissionless money.

What do you think about the developments in China? Let us know in the comments section below.

Did you know you can buy and sell BCH privately using our noncustodial, peer-to-peer Local Bitcoin Cash trading platform? The Local.Bitcoin.com marketplace has thousands of participants from all around the world trading BCH right now. And if you need a bitcoin wallet to securely store your

Monero Warns Users of Malware Ahead of Hard Fork

XMR users who downloaded binary files in the past 24 hours or so might have installed malware, Monero said via...