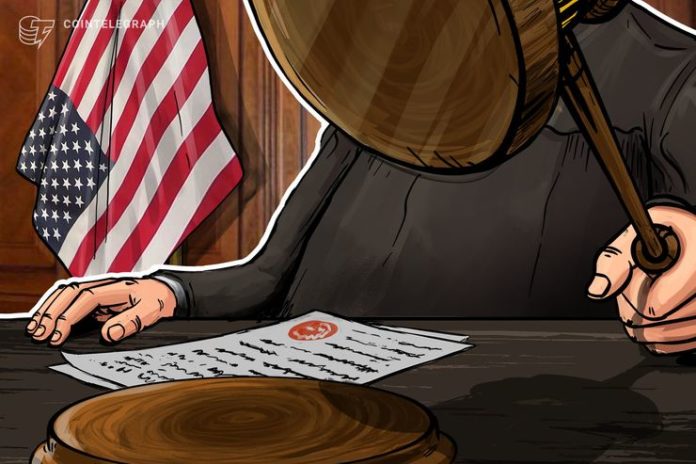 Chinese e-commerce giant Alibaba has won a preliminary injunction against Dubai-based Alibabacoin Foundation in a lawsuit over the misleading use of Alibaba in their name, financial website MarketWatch reports Wednesday, Oct. 24.

The U.S. District Court for the Southern District of New York has sided with the Chinese corporation during the trademark infringement case hearing Monday, Oct. 22.

Judge James Paul Oetken, as cited by MarketWatch, said that consumer confusion could occur due to the similarity of trademarks; therefore, the Alibabacoin Foundation should not use the confusing “Alibaba” part for its brand anywhere in the U.S.

According to the Wall Street Journal (WSJ), the court’s decision implies that the Alibabacoin Foundation will no longer be able to promote or sell its cryptocurrency in the country until larger action on this case is decided.

In addition, Alibaba said that coin’s owners did nothing to combat or correct this confusion. The initial lawsuit was accompanied by a temporary restraining order against Alibabacoin.

In May, a U.S. court ruled against Alibaba’s request for an injunction, and Judge Oetken negated a restraining order on the Alibabacoin Foundation’s activity.

In early 2018, Alibaba was rumored to have plans to launch a cryptocurrency mining platform despite strict Chinese regulations. Later, the giant clarified the rumors, stating that its P2P platform had been mistakenly taken for a crypto startup. The company also added it has never issued virtual currencies and will not host any crypto mining platforms.

In mid-October, the Alibabacoin Foundation reportedly offered for Alibaba to purchase their startup.

According to the Alibabacoin Foundation’s website, the company wants to build a fund security system improved by a secret technique for implementing a blockchain algorithm into a facial recognition hashing process. According to CoinMarketcCap, Alibabacoin is ranked 1691th in global cryptocurrency rankings, and has seen a decline in price this week dropping from $1.6 per coin to $0.37 as of press time.

Is CCRB’s New App The Latest Big Shot In E-Tail And Mobile Mining?

CCRB to launch a dedicated consumer-oriented app allowing users to Shop, Trade, and Earn. While companies like Coinbase with their...