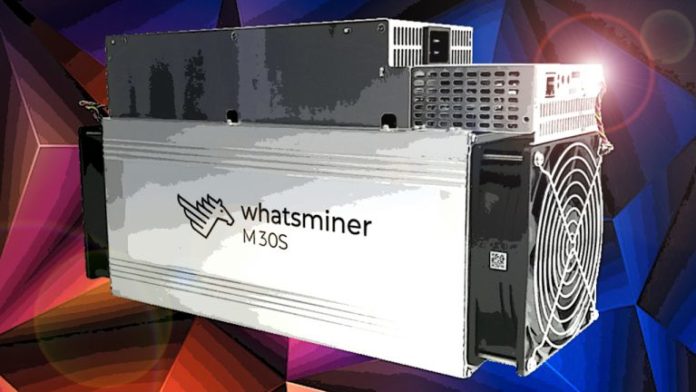 On Friday, China-based bitcoin mining rig manufacturer Microbt announced plans to create an offshore facility that produces the company’s Whatsminer devices and parts for North America. The firm revealed the expansion news when it announced a recent partnership with the New York-based Foundry Digital LLC.

Microbt’s Whatsminer mining rigs have become popular during the last few years and the company has been able to obtain a large portion of mining device sales. On September 25, the China-based firm announced a partnership with Foundry and detailed it contracted a Southeast Asian firm to create Whatsminer equipment for U.S. customers.

News.Bitcoin.com reported on Foundry’s introduction at the end of August as the company is Digital Currency Group’s pledge to the bitcoin mining ecosystem.

In a press release sent to news.Bitcoin.com, Microbt said the partnership with Foundry and the creation of the offshore manufacturing operation will “strengthen the foothold in North America.” Moreover, the Southeast Asian manufacturer will allow for American purchases without the taxes invoked by the cold war between China and the U.S.

When U.S.-based individuals and companies purchase miners from China, they have to pay a 25% tariff.

“As a part of the new partnership, Foundry would be the first to receive the new batches of the M30S that Microbt plans to produce in Southeast Asia,” the announcement notes.

“We will continue working closely with Foundry to provide the highest quality of machines and after-sale services to our customers in North America,” Jiangbing Chen, COO of Microbt said during the announcement. “This would not only further decentralize Bitcoin’s hashrate but also secure the global network,” the Microbt executive added.

The news follows Bitmain’s recent partnership with Foundry announced on September 10. Bitmain is also eying North American buyers as well, with a shop set up in Malaysia and the recent partnership with Core Scientific revealed on September 17. The two firms plan to create a cooperative mining rig repair center in North America in order to “significantly reduce machine downtime.”

Mining, according to the third “Global Cryptocurrency Benchmarking Study” published by the University of Cambridge, is steadily reaching an “industrial scale.” Foundry’s collaboration with Microbt and the offshore shop hopes to fuel North American mining capabilities.

During the last few months, U.S. and Canadian mining operations have purchased large amounts of mining rigs from Chinese manufacturers. Firms like Marathon, Hut8, and Riot Blockchain have all announced purchasing next-generation miners from both Bitmain and Microbt.

“With our collaboration and Microbt’s upgraded production capabilities we look forward to continuing to facilitate the timely procurement and delivery of the latest generation bitcoin mining hardware for our clients, who are institutional (cryptocurrency) miners in North America,” said Mike Colyer, CEO of Foundry.

What do you think about Microbt revealing offshore operations and a partnership with Foundry? Let us know in the comments section below.

Russia’s Ministry of Finance has drafted a bill with harsh penalties for anyone who does not report their cryptocurrency holdings...