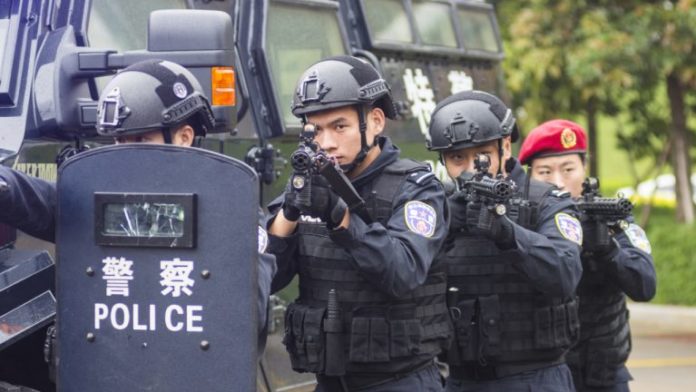 Chinese authorities have reportedly arrested 109 people in connection with the Plustoken Ponzi scheme. Twenty-seven of them are allegedly the scheme’s masterminds and 82 are key members. The Plustoken scammers have swindled funds worth about $5.7 billion from more than 2 million investors.

The Plustoken scheme has lured in more than 2 million investors who joined on over 3,000 levels. It has swindled funds worth more than 40 billion yuan (approximately $5.7 billion) from the victims.

The police have arrested all 27 alleged masterminds and 82 key members of the scheme. “The arrest completely destroyed this huge multinational MLM organization network entrenched at home and abroad,” the publication noted.

“Based in China, Plustoken presented itself as a cryptocurrency wallet that would reward users with high rates of return if they purchased the wallet’s associated PLUS cryptocurrency tokens with bitcoin or ethereum,” Chainalysis described. The scammers claimed those returns would be generated by exchange profit, mining income, and referral benefits. In addition, the token would be listed on several exchanges.

In June, six people connected to the scam were arrested. However, “the stolen funds have continued to move through wallets and be cashed out through independent OTC brokers operating mostly on the Huobi platform, showing that one or more of the scammers are still at large,” according to the blockchain analytics firm.

Over time, the Plustoken scammers have moved a large number of cryptocurrencies, including BTC and ETH, prompting concerns that they may cash out enough of their ill-gotten gains to move the market prices of bitcoin and ether. For example, they moved 789,534 ETH in June, 13,000 BTC to bitcoin mixers in March and almost 12,000 BTC in February.

What do you think about the police taking down the Plustoken scam? Let us know in the comments section below.

Months ago, Goldman Sachs made headlines across the Bitcoin community for saying cryptocurrencies are “not an asset class.” Now, the...