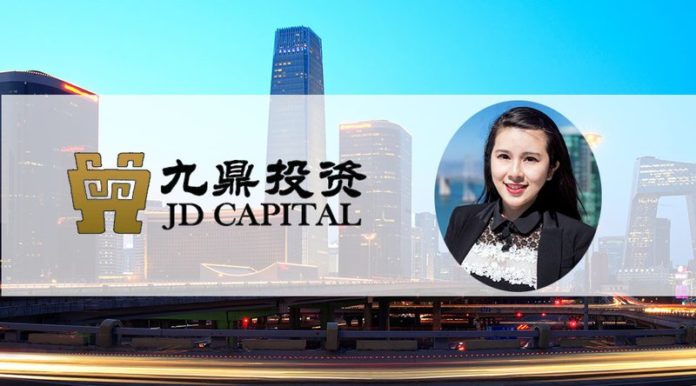 As cryptocurrencies continue to make their mark on the financial arena, many capital investment firms are looking to bring the power of the blockchain and traditional investment strategies together to give traders more opportunities in an adapting industry.

Leading Chinese private equity group JD Capital is one of those firms. Founded in 2007 and headquartered in both Beijing and New York, the company holds $9 billion assets under management and claims to be the only Chinese private equity enterprise listed on a major stock exchange. Presently, JD Capital employs over 400 people and manages over 100 publicly-traded portfolio companies.

In early 2017, JD Capital established its blockchain investment division, JLab. It has since  participated in over 20 token sales in infrastructure, applications, exchanges and media verticals. JLab has also partnered with Huobi Labs to incubate new projects.

JOne is JD Capital’s investment banking division, established to help blockchain companies with fundraising, community building and marketing. Among JOne’s many goals is accelerating the blockchain industry by connecting fintech portfolios with public chains. Examples include Jiedaibao, which is valued at over $10 billion and boasts over 100 million users.

Zhen Cao serves as JD Capital’s investment director and the North American representative of JLab. Before joining JD Capital in February of 2018, she was the founding member of Outpost Capital; she has worked on roughly 15 equity investments in virtual reality, augmented reality and artificial intelligence, as well as deploying over $10 million into more than 20 pre-sales and crypto funds.

“China has been very fast paced regarding blockchain development,” said Cao in an interview with Bitcoin Magazine. She added that the country is more open to blockchain applications and businesses than digital currencies. “They’ve already done a lot of implementation in finance, supply-chain management and medical insurance. China is supportive of blockchain development, and different cities are setting up blockchain incubation centers.”

Despite what she considers to be solid growth over the last few years, Cao admits that the current environment in China still makes things challenging for cryptocurrency companies. “The government is not supportive of crypto fundraising models like ICOs, as they are trying to protect retail investors.”

Last February, regulators began cracking down on trading platforms that allowed investors to trade on overseas exchanges. This move was preceded by a ban on all websites that involved or promoted initial coin offerings and token sales.

Strict laws surrounding virtual assets means that most companies need to think big from the very beginning and lay out any long-term plans for expansion before official launches can occur.

“Thinking about globalization from day one is very important,” she said.

According to Cao, JD Capital provided a 900 percent return on fund one during its primary market. The company is now looking to expand its secondary market team by recruiting individuals with extensive “blockchain development experience.”

“JD Capital has always been an innovator in finance in China with a large range of different services,” Cao states. “The blockchain is a critical element of the future of finance.”

She also mentions that the company is leveraging existing experience in public market trading and working to develop stronger trading strategies for its expanding list of clients. Lastly, executives are beginning work on public chains and new consensus mechanisms.

Soros’ Fund is Ready to Add Cryptocurrencies to Investment Portfolio

Soros Fund Management, which manages the investments of legendary ‎investor George Soros and his family, is reportedly setting an eye...