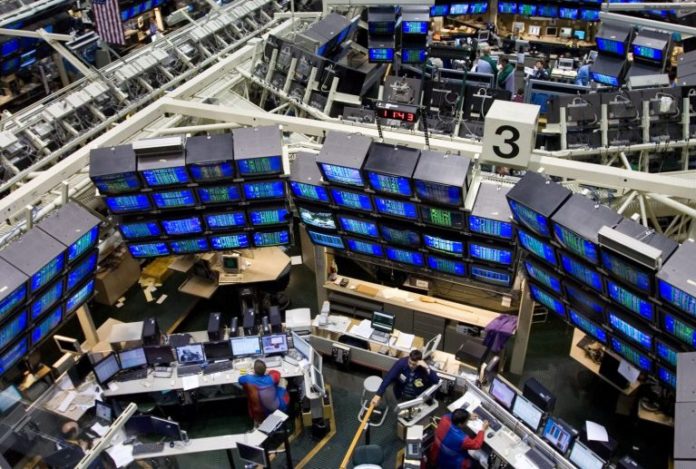 Ever since the Chicago Board Options Exchange (Cboe) announced it was ending its bitcoin futures products back in March, the Chicago Mercantile Exchange (CME Group) has seen a huge influx of bitcoin derivatives volumes. During the second week of May, CME’s bitcoin futures touched a milestone when it surpassed 33,000 contracts ($1.3 billion notional value) in one day. In another instance, CME’s open interest for its bitcoin derivatives positions smashed an all-time record high of 5,190 contracts on May 28.

Also Read: Our Value of Money Is Subjective But That Doesn’t Make It Meaningless

There’s been a lot of action happening with bitcoin futures products specifically stemming from CME Group. Last March, Cboe decided to announce the end of its bitcoin futures markets, stating that the product saw low trade volumes. Although Cboe said at the time that it would ponder offering cryptocurrency derivatives products in the future. The last contract for bitcoin futures on the CBOE exchange will be settled on June 19th and according to an email response from Cboe’s Suzanne Cosgrove, the exchange is still assessing the situation. “Cboe is assessing its approach with respect to how it plans to continue to offer digital asset derivatives for trading,” Cosgrove remarked on June 11. Cboe’s decision to end its bitcoin futures seems to have caused far more demand for CME Group’s crypto derivatives offering.

Last May turned out to be a record month for CME Group’s bitcoin futures with close to 300,000 contracts settled. Moreover, June volumes are currently starting to pick up and so are contracts in July. News.Bitcoin.com reported on how CME Group’s bitcoin derivatives saw $1.3 billion notional value (168K BTC) when 33,677 contracts were swapped on May 13. The record day was up nearly 50% from the last achievement of 22.5K contracts settled on April 4. When it comes to open interest month to month, the average daily open interest by month increased 755%. Moreover, on May 28, CME data shows that open interest jumped to 5,190 contracts. Throughout the months of April and May, bitcoin notional trading volume at CME Group surpassed the previous six months’ volume combined.

In addition to the record numbers, CME Group published a new report on June 5 analyzing of the CME CF Bitcoin Reference Rate (BRR). The report explains how the BRR system works and how the bitcoin-based index avoids manipulative practices and gives an accurate representation of price. The paper addresses several points in order to establish how BRR is a “reliable credible source for the price of bitcoin and intended to facilitate the creation of financial products based on bitcoin.” This includes eight distinct tests of: Relevance, Manipulation resistance, Verifiability, Replicability, Timeliness, Stability, and Parsimony. “It is possible to conclude that the BRR is representative of the underlying bitcoin spot market that it tracks, as by definition it represents the actual trades that have occurred within that market — By capturing the notional value of transactions, the BRR provides an accurate reference to the average spot price over the period,” CME Group’s latest bitcoin futures report notes. CME’s in-depth analysis of BRR continues:

There is liquidity in the BRR, in the 1 year to March 2019, over USD 3 billion worth of bitcoin trades were executed, over 1.8 million trades were included in the BRR based on a total of 607,000 bitcoins traded, this shows credibility in the computation of the BRR.

Furthermore, the data aggregation web portal Tradeblock published a report on June 7 describing how bitcoin futures markets are gathering steam next to the already established spot market environment. “CME’s [bitcoin futures] product has even begun to close in on trading volumes at US accessible spot exchanges — For the month of April, bitcoin futures notional trading volume surpassed the combined volume from the six largest US accessible spot exchanges,” Tradeblock’s recently published study explains.

The Possibility of Institutional Players Hedging Their Bets

There’s also been a few noticeable gaps throughout May and the first week of June that give some speculators the impression that institutional traders are in the game. Traditionally gaps are filled when markets close at the end of the week and pick back up again on Monday, but there have been four gaps so far in the last few weeks.

Up until now, there haven’t been any unfilled gaps since CME Group launched its bitcoin derivatives product in December 2017. This has led people to believe big players might be hedging their bets with BTC spot market positions and profiting during a new open for the following week. This, in turn, could cause volatility with spot market prices and there’s been a lot of tumultuous action with BTC markets of late, coincidentally in parallel with growing open interest and volumes taking place on the CME exchange.

Over April and May, #bitcoin notional trading volume at the @CMEGroup was larger than the volume for the previous 6 months combined. pic.twitter.com/WHUIqkof0u

Cryptocurrency markets, in general, have seen significant gains this year as 2019 has erased some of the bear market blues from the year prior. Bitcoin-based futures trading wasn’t very active in 2018, but lately interest in bitcoin derivatives products has grown immensely, especially after Cboe announced it was leaving. However, no one knows how this action will affect BTC prices in the long run with interest in futures products picking up significantly and the possibility of big players jumping between both spot and derivatives markets in order to profit.

What do you think about all the bitcoin futures action happening on the CME exchange lately after Cboe called it quits? Let us know what you think about this subject in the comments section below.

It’s common knowledge in the crypto market that the circulating supply of Tether (USDT) has a direct impact on Bitcoin...