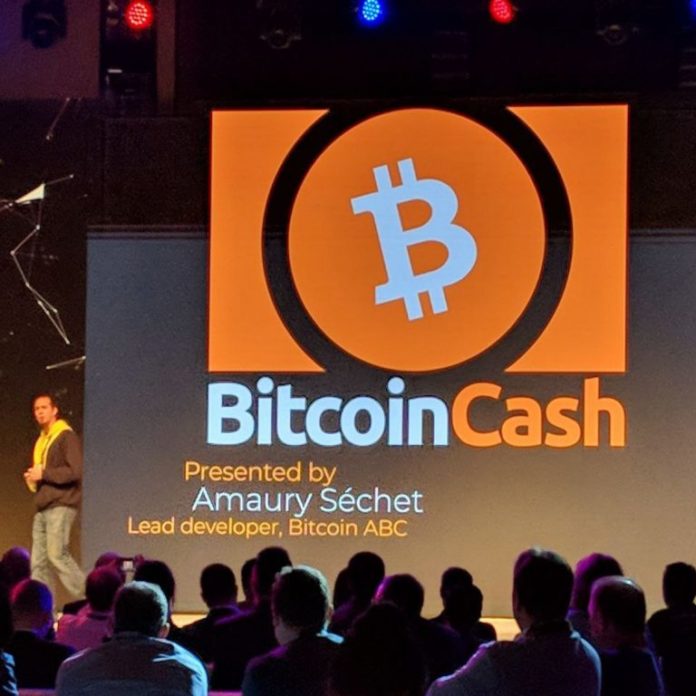 On May 18, 2018, the blockchain firm Coingeek hosted its inaugural Coingeek Conference held this year in Hong Kong. The event was filled with movers and shakers from the Bitcoin Cash (BCH) ecosystem, alongside hundreds of BCH supporters looking to change the way the world’s money works.

Also Read: 5 Years Ago You Should Have Bought Bitcoin, Not Altcoins

Coingeek wrapped up its Bitcoin Cash-focused conference that aimed at spreading the message of the many benefits BCH has to offer. The event was held in Hong Kong, at the luxurious Four Seasons Hotel, and had a wide variety of industry innovators from company’s like Purse.io, Bitmain, Yours, Centbee, Handcash, Nchain, Lokad, Bitcoin.com, and more. Moreover, attendees listened to keynote presentations from Ryan X Charles, Jihan Wu, Dr. Craig Wright, Roger Ver, Joannes Vermorel, Vin Armani, Steven Bower, and Jimmy Nguyen among many special guests.

The event kicked off with Nchain’s Jimmy Nguyen who discussed the latest Nchain BCH-focused endeavor called ‘Bcommerce.’ Nguyen’s talk called ‘A Bcomm World: How Bitcoin Cash will Power the future of ‘Bcommerce,’ got the crowd fired up over how BCH proponents plan to spread mass adoption. The concept of Bcommerce aims to provide a global payment system on-chain, with low commission fees, and fast transactions. Nguyen details how the firm is researching and developing on-chain techniques for Bitcoin Cash, security improvements, better user interfaces and APIs, and most of all merchant adoption.

After Nguyen’s speech on Bcommerce, the Coingeek crowd was greeted by the CEO of Bitmain Technologies Jihan Wu. Mr. Wu’s presentation called “The Future of Crypto Economy and Bitcoin Cash,” described how proponents can further bolster BCH adoption. Mr. Wu also discussed the subject of initial coin offerings (ICOs) likely in part because BCH may have the ability to produce colored coins soon. Mr. Wu detailed to the attendees that ICO’s have become a “buzzword” and some for the wrong reasons.

Furthermore, Mr. Wu said many ICOs are misleading and the cryptocurrency industry should “work closely with regulators instead of working closely with lawyers.” Moreover, Mr. Wu joined a panel with Bitcoin.com’s Roger Ver, and Nchain’s Dr. Craig Wright and explained how a giant tech company like Bitmain found significant flaws with the Swift banking system. As far as customers using digital assets for payments Mr. Wu thinks it is great and far more efficient than Swift.

But with Bitcoin Cash you can wire the money as you wish as long as you control the private key — And the money arrives instantly and we can ship out the next day.

Following the discussion with Mr. Wu, the Coingeek crowd was greeted by the Lead developer of Bitcoin ABC, Amaury Sechet, who detailed his technical vision for a global payment system. Sechet explains how Bitcoin Cash is continuing towards the original roadmap that Satoshi Nakamoto laid out in his original white paper.

The developer continues by explaining how BCH can already handle Paypal scale volumes, and for cheap network fees. After the BCH developers completed a successful upgrade just a few days prior, Sechet reveals to the Coingeek audience that they are “working to increase scaling further.”

Attendees at the inaugural Coingeek conference also heard from Nchain’s Dr. Craig Wright who talked about new ways to sell and trade goods with BCH in a presentation titled ‘Bitcoin’s Atomic Age.’ Participants heard from Centbee’s CEO Lorien Gamaroff and the exciting BCH wallet they are working on. Joannes Vermorel the founder of Lokad told the crowd about how proponents can overcome eCommerce hurdles with Bitcoin Cash.

Additionally, Coingeek attendees heard a panel on BCH use cases from industry leaders such as Alex Gut of Handcash, Vin Armani of Cointext, Angela Holowaychuk of Ncrypt, and Steven Bower from Purse.io.

Bower told the crowd about a new Bitcoin Cash client that will be released shortly called ‘Bcash’ that’s similar to implementations like the ABC, BU, or XT clients. Alongside this, the crowd was pleased to hear Purse.io is using BCH for native support. Overall the spirit was high in Hong Kong at the 2018 Coingeek event, and everyone who attended was quite optimistic after the successful fork a few days ago.

Did you attend the Coingeek Conference 2018? Let us know your thoughts on this event in the comments below.