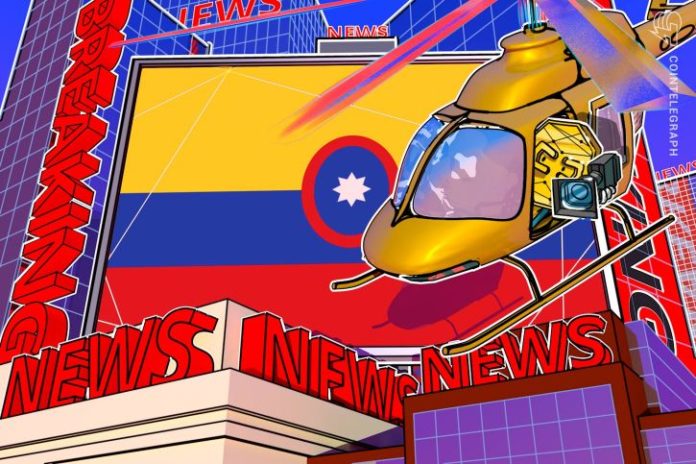 According to the email, the move was spontaneous, the banks confirming that the accounts had been closed without providing further explanation.

The crypto exchange reported soon after the news that it was experiencing technical difficulties, but would fully resume services June 13.

Cripto 247 links the banks’ decision to an internal letter from the Colombian financial control officer that was circulated in February. The letter was a reminder that banks are not authorized to interact with crypto platforms.

Nevertheless, Beltran told reporters he interprets the letter as a recommendation and that banks are in fact not obligated to comply.

On June 7, the same day banks closed Buda’s accounts, the Colombian Senate held a debate on the potential of cryptocurrency and blockchain in the country. The senator of Colombia’s Green Alliance party, Antonio Navarro Wolff, said that blockchain “could change the lives of Colombians”.

As Cointelegraph reported in March, Buda had already faced legal issues when a number of Chilean banks closed its accounts along with two other crypto platforms. The three crypto platforms then filed a suit to confront the decision.

Later in April, Chile’s anti-monopoly court took Buda’s side and ordered the re-opening of its accounts at two major Chilean banks.