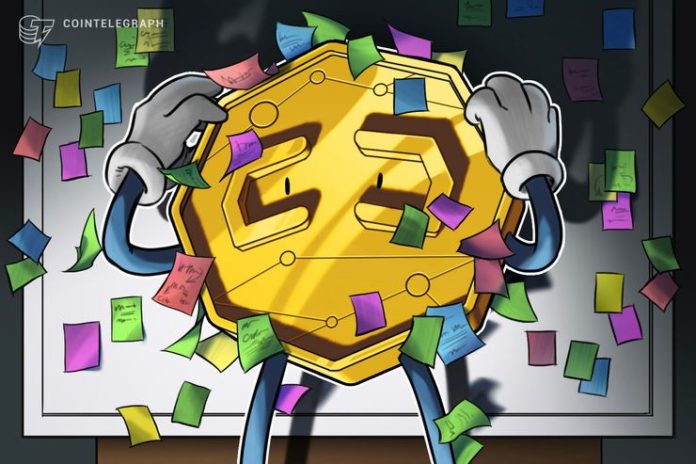 The draft was introduced in late July by senator Carlos Abraham Jimenez from Cambio Radical, the second largest party in the lower house of Colombia’s Congress.

The bill, called “On cryptocurrencies, or digital currencies,” gave definitions for various crypto-related terms and suggested the issuance of licenses for trading coins. The bill also proposed a five percent tax on all crypto transactions, both internal and international, of which 1 percent should be sent to an organization protecting crypto users from fraudulent activity.

Congress has since opened debate on the bill, while the experts gave first comments. According to professional lawyers cited by local legal outlet Ambito Juridico, the draft lacked an assessment and understanding of crypto processes. For instance, the experts took issue with the fact that the bill placed coins under the Ministry of IT and Communications jurisdiction, whereas in other countries monitoring is conducted by financial institutions.

Colombian Software Federation (Fedesoft) and local Fintech Association and Blockchain Foundation Colombia have released their own critique, noting that the bill has “inconsistencies and weaknesses” and adding:

“Some proposals that are included in the draft go against the very use of cryptocurrencies, with taxes on transactions, and limitation of actors that can participate in crypto trading, among others.”

The experts also paid attention to the non-existent currency Trickle mentioned in a bill, which seems to be a project of Fenix ​​Premium — a Colombian platform suspended earlier by Colombian financial watchdog. Moreover, they urged that the proposed regulatory approach could provoke different illicit activities.

Cointelegraph has previously reported on a legal battle for Buda.com, a South American crypto exchange whose accounts were closed without explanation by all Colombian banks in June 2018. Buda later asked new Colombian president Ivan Duque for help, signing a petition on behalf of all its users.

Duque, who took office August 2018, is quite enthusiastic on crypto-related technologies. When he first touched on the theme, he promised to cut taxes for cryptocurrency and blockchain startups, confessing that he was “obsessed” with the technology.