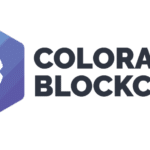 The U.S state of Colorado has reportedly started making moves target at using blockchain technology in the state’s agricultural industry.

Four Lawmakers From Colorado are Working Together on this

Four lawmakers from the state have recently joined forces to file a bipartisan house bill 1247, which proposes that the commissioner of the Department of Agriculture form an advisory group to study the potential applications for blockchain technology in agricultural operations.

According to the lawmakers, there are many use case for blockchain technology in the agriculture industry. This use case includes improving traceability of products “from farm to shelf,” controlling inventory and monitoring in-field conditions such as weather and soil quality.

Other suggested use case includes verifying data and certification of organic products, maintaining records for production and transportation equipment, tracking and ordering resources such as fertilizer and seed.

The lawmakers, also proposed that the assembled advisory group would have to report back to the general assembly with its findings and recommendations for any legislation by Jan.15, 2020.

This move by the state won’t be first of its kind. The use of blockchain tech to improve agricultural operations has gained significant momentum globally.

Recent times has seen the use of blockchain technology in supply chains. Many projects designed to investigate the tracking of products such as coffee, meat, milk, fish has been set in motion.

In February, the President of France, Emmanuel Macron made some comments targeted at encouraging an increase in the use of data technologies such as blockchain by European nations to help improve the traceability of food. The statements from the President came right after the widely publicised polish meet scandal.

In January, news.Bitcoin.com reported on the so-called ‘XRP army’ harassing Ryan Selkis, the cofounder of cryptocurrency data startup Messari. A...