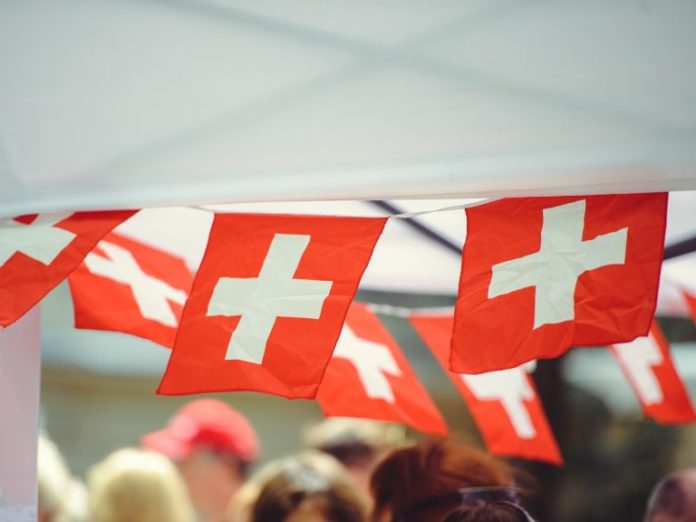 Crypto Valley, a fintech-friendly region centered on the canton of Zug, has been expanding to other parts of Switzerland and neighboring Liechtenstein. Despite all the challenges facing the blockchain industry, favorable regulations and improving access to banking and legal services are attracting more and more crypto companies. Their number has increased for a third consecutive year and many new jobs have been created.

More Than 800 Crypto Firms Based in Switzerland and Liechtenstein

Almost 100 new businesses established a presence in the Swiss Crypto Valley last year, shows a new study. Its findings were released during the CV Summit in Davos on Thursday, a blockchain-focused event that takes place during the World Economic Forum’s annual meeting. The total number of companies working with digital assets and blockchain technologies in the Crypto Valley has reached 842, the survey reveals, compared to 750 in its last year’s edition. Jobs in the sector have also increased substantially – from 3,300 in 2018 to 4,400 by the end of 2019, the Swissinfo news portal reported.

The news comes despite a slowing growth rate across the industry, a trend that started after the boom of 2017 and continued into the first half of 2018. The number of “startup casualties,” the outlet notes, is also mounting. Failed projects include crypto company Alethena, tokenization platform Tend, real estate startup Swiss Real Coin, alternative banking project Oyoba, and digital payment provider Monetas. Some of these companies simply failed to persuade investors as to the viability of their business plans.

At the same time, funding for the top 50 entities in the report reached $4 billion and these are valued at a total of $25.3 billion. Among the newly established or relocating members of the industry added to the 2019 list are Facebook’s Libra, blockchain developer Casper Labs which moved to Switzerland, crypto exchange Bittrex Global which set up an office in Liechtenstein, Six Group’s digital exchange initiative SDX, licensed crypto banks SEBA and Sygnum. The last two companies, along with Bitcoin Suisse which also expects approval to become a bank, are leading employers as well.

The Crypto Valley is home to five unicorns, or projects valued at more than $1 billion. These are Ethereum ($14.4B), Dfinity ($2B), Polkadot ($1.2B), Bitmain ($1B), and Libra ($1B). Another list names unicorn contenders like Tezos ($924M), Cardano ($869M), and Cosmos ($818M). The authors of the analysis, Swiss business incubator Crypto Valley Venture Capital (CVVC), PwC subsidiary Strategy& and other organizations, point out that “the report highlights the diverse ecosystem in blockchain and cryptocurrency consisting of startups, corporates, and government” as well as its “maturity and substance.” Mature startups that are at later, more advanced stages of their lifespan typically attract more venture capital funding, which has generally increased in the past few years. A positive development in that respect is the gradual opening of the banking sector that comes with increasing regulatory certainty. While large banks and central banks recognize the potential of crypto-related technologies, they often create difficulties for crypto businesses. Smaller financial institutions, however, are more likely to engage with the industry. Swiss banks involved in the crypto space include Hypothekarbank Lenzburg, Maerki Baumann, and Arab Bank (Switzerland). “With regulatory certainty in Crypto Valley, private banks have been leading the adoption and provision of services,” the researchers note. Access to legal services has also improved markedly with an ever expanding number of law firms offering advice to crypto companies in both Switzerland and Liechtenstein. More than two dozen of them have been listed in the report.

During the summit, CVVC CEO Mathias Ruch noted the increased interest from large Chinese banks, government agencies and investors in Swiss blockchain know-how. Last year, Switzerland introduced broad changes to its existing laws in order to incorporate rules for the crypto space while Liechtenstein adopted a new Blockchain Act meant to attract crypto businesses by providing more regulatory clarity. This progress has led to the formation of multiple crypto hotspots – not only Zug, which is home to over half of all companies based in the Crypto Valley (425), but also Zurich, Geneva, Ticino, Vaud, Lucerne, and Bern. Liechtenstein has 80 registered blockchain businesses in its jurisdiction.

What are your thoughts on the expansion of Switzerland’s Crypto Valley? Tell us in the comments section below.

The post Companies Keep Flocking to Swiss Crypto Valley, Over 1,000 Jobs Added in a Year appeared first on Bitcoin News.

Bitcoin Twitter commentator PlanB has claimed that BTC is the only asset that has a Sharpe ratio of greater than...